The death has been announced of Monty Python star, writer and director Terry Jones. He was 77 and had been diagnosed with Frontotemporal Dementia (FTD) in 2016.

A statement released on behalf of the Life of Brian director's family said: "We are deeply saddened to have to announce the passing of beloved husband and father, Terry Jones.

"Terry passed away on the evening of 21 January 2020 at the age of 77 with his wife Anna Soderstrom by his side after a long, extremely brave but always good humoured battle with a rare form of dementia, FTD.

"Over the past few days his wife, children, extended family and many close friends have been constantly with Terry as he gently slipped away at his home in North London. We have all lost a kind, funny, warm, creative and truly loving man whose uncompromising individuality, relentless intellect and extraordinary humour has given pleasure to countless millions across six decades.

"His work with Monty Python, his books, films, television programmes, poems and other work will live on forever, a fitting legacy to a true polymath.

"We, his wife Anna, children Bill, Sally, Siri and extended family would like to thank Terry's wonderful medical professionals and carers for making the past few years not only bearable but often joyful. We hope that this disease will one day be eradicated entirely.

"We ask that our privacy be respected at this sensitive time and give thanks that we lived in the presence of an extraordinarily talented, playful and happy man living a truly authentic life, in his words 'Lovingly frosted with glucose.'

Jones also worked on TV shows like The Frost Report, Do Not Adjust Your Set, Broaden Your Mind and The Complete and Utter History of Britain.

In 1969, he, Palin, Graham Chapman, John Cleese, Eric Idle and US animator Terry Gilliam met in a London restaurant to discuss working on a new BBC comedy, and the trailblazing TV surrealism of Monty Python's Flying Circus was born.

The first episode was broadcast on October 5, 1969 and the series ran until 1974. The following year, Jones made his directorial debut alongside Gilliam with Monty Python and the Holy Grail.

Monty Python's Life of Brian, which told the story of a hapless man mistaken for Jesus, followed in 1979 and was banned in Ireland for many years. Jones also directed Monty Python's final film, 1983's The Meaning of Life, and co-created the television series Ripping Yarns with Palin.

Jones' other directorial credits included Personal Services, Erik the Viking - based on his own book - and Absolutely Anything.

His 1996 adaptation of The Wind in the Willows featured performances from Cleese, Idle and Palin.

In 2014, Jones took part in a reunion with the surviving Monty Python members - Python's Graham Chapman died of cancer in 1989 - for a live stage show.

Jones was diagnosed with Primary Progressive Aphasia, a type of Frontotemporal Dementia, in 2016.

His friend and colleague Palin told The Observer: "The thing that struck me was how Terry reacted to his diagnosis. He was very matter of fact about it and would stop people in the street and tell them, 'I've got dementia, you know. My frontal brain lobe has absconded'.

"He knew exactly what was affecting him and he wanted to share that knowledge - because that is the way that Terry is.

"FTD (Frontotemporal Dementia) may cause loss of inhibition, but Terry was never very inhibited in the first place."

The Press Association reports that Jones married Alison Telfer in 1970, and they had two children together. He became a father again, at the age of 67, with his second wife, Anna Soderstrom. 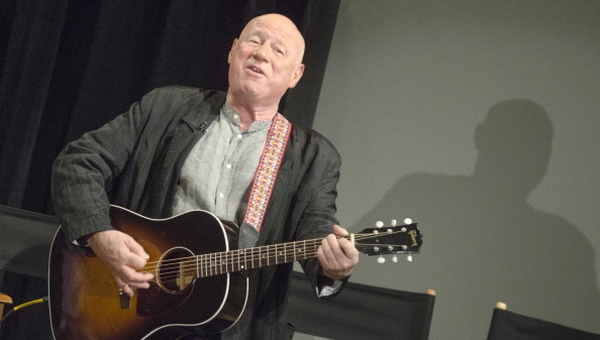