Eminem has surprised fans with the release of a new album, which includes a reference to the Manchester bomb attack, and a new music video condemning gun violence.

The rapper shared the news of his new album, Music to Be Murdered By, with his Twitter followers, alongside a picture of the cover art, which features him holding both a gun and an axe to his own head.

"It's your funeral..." he wrote in the caption. 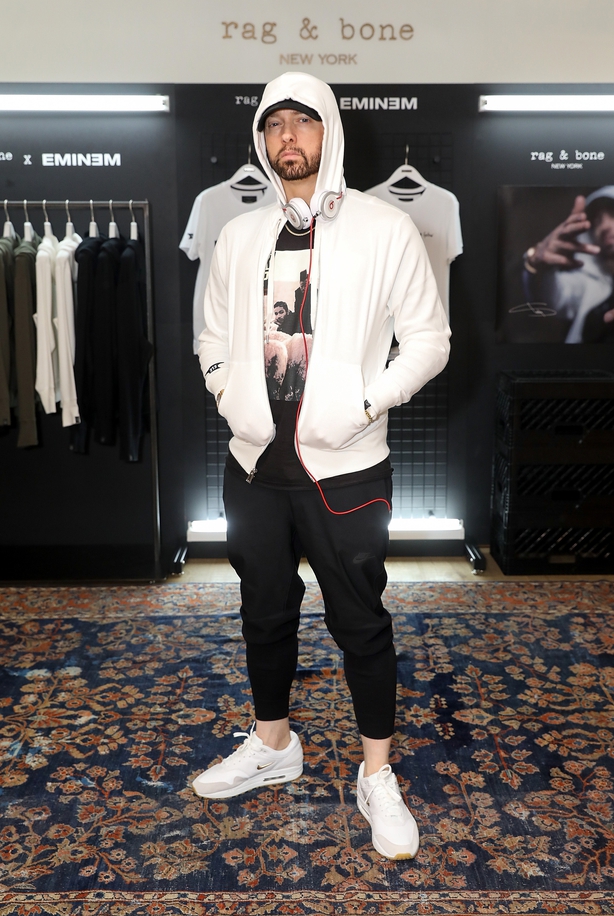 There is controversy about the track Unaccomodating, which references the suicide bomb attack outside Ariana Grande's May 2017 concert in Manchester in which 22 people were killed.

Eminem also released the music video for the single Darkness, which appears to have been inspired by the October 2017 Las Vegas mass shooting in which 58 people were killed.

At the end of the Darkness video, a message reading "When will this end? When enough people care" appears on the screen.

American viewers are also urged to register to vote to change gun laws in the US.

The album, Eminem's first since 2018's Kamikaze, contains 20 tracks and a long list of featured artists.

In a follow-up tweet Eminem explained that the title and cover art are borrowed from a 1958 Alfred Hitchcock record.