Tributes have been paid to wrestler Rocky Johnson, the father of actor and wrestler Dwayne 'The Rock' Johnson, who has passed away at the age of 75.

World Wrestling Entertainment (WWE) announced the death of the Hall of Fame inductee known as 'Soul Man', who was part of the first black tag team to become WWE champions.

The WWE extended its condolences to "family, friends and fans".

Born Wayde Douglas Bowles in Nova Scotia, Canada, Rocky Johnson began his wrestling career as a teenager and joined the WWE - then the World Wrestling Federation (WWF) - in 1983.

Together with Tony Atlas he was part of the tag team known as 'The Soul Patrol', which won the WWF Tag Team Championship.

He retired from the ring in 1991 with son Dwayne then following in his footsteps as The Rock.

Here are some of the tributes to Rocky Johnson:

One of the men I looked up to and one of the best to ever do it. God rest his soul. #RIPRockyJohnson pic.twitter.com/VaTD5NsnjP

I am so sorry to hear of the passing of the great Rocky Johnson. Always a gentleman, I always enjoyed talking with him. My deepest condolences to his family, friends, and the fans who loved him. A very sad day for wrestling.#RIPRockyJohnson pic.twitter.com/4agKbOzAry

My heart goes out to the family of @TheRock & May prayers be sent your way during this time ! I am sorry for your loss ! 🙏🏼 https://t.co/l78YnPMWep

I'm really sorry to hear of the passing of Rocky Johnson. We always had lovely chats and he always referred to me as "Mate". My deepest condolences to all of his family.

GOODBYE BROTHER ROCKY JOHNSON. I LOVE YOU FOREVER YOU ARE MY FAMILY. GOD BLESS YOU pic.twitter.com/43yc60Yh2u

our thoughts and prayers go out to @therock and his family and loved ones as his dad, WWE legend Rocky Johnson passed away today .
we are thinking of you @therock pic.twitter.com/X2dR9R7I8H

RIP Rocky Johnson 🙏🏿 Every Saturday in Oakland we couldn't wait to watch Big Time Wrestling !!! Rocky was our Hero !!!! He gave us hope 💪🏾💯💯💯 #RockyJohnsonRIP 👑 pic.twitter.com/MXCidy5chb 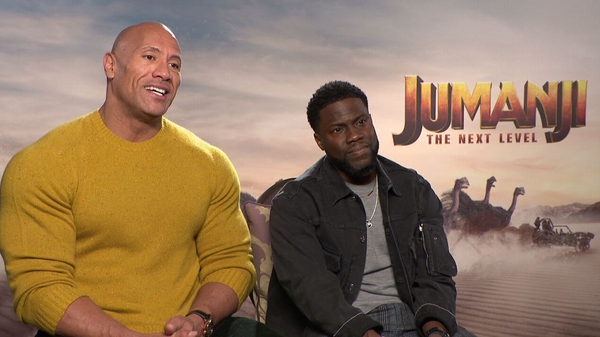