Rapper Stormzy has defended the embattled Meghan Markle, claiming there is no "credible" reason to dislike her.

Appearing on New York radio station Hot 97, he labelled the Duchess of Sussex a "lovely woman".

His comments come after she and her husband Prince Harry (35) announced their decision to step down as senior royals, become financially independent and live part of the year in North America.

"I ain't heard her say anything crazy, she just does her thing and they just hate her." Stormzy said. 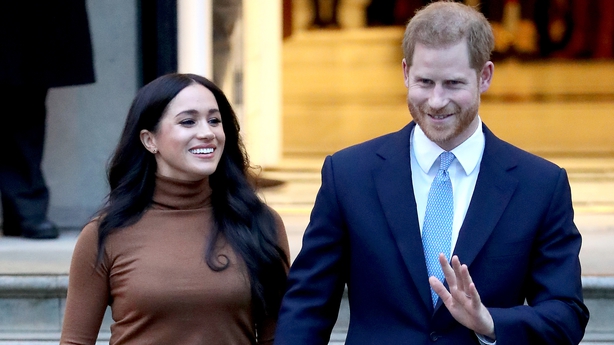 "Someone on TalkRadio the other day, he was like 'she's just one of those people that I just look at her and I think...'

Stormzy added: "If you told someone 'write a list as to why you hate Meghan Markle', the list is just rubbish.There's nothing credible to it."

He also revealed he is not "super into the royal family".

Naomi Campbell has also lent her support to the Duke and Duchess of Sussex following their decision to step back from frontline royal duties.

The supermodel has backed the couple, telling the PA news agency: "I support them whatever."

She also told the Guardian:  "When I heard (she was taking legal action), I was like 'Bravo. Good for her'."

Others have been more critical of Harry and 38-year-old Meghan's decision to step back from their royal duties.

Alongside an image of Harry and Meghan, Saira Khan, a presenter on ITV show Loose Women, posted on Instagram: "As a woman of colour who works in the media, over the years I have had to deal with my share of dealing with racism - from some viewers, on social media, and from decision makers.

"But I didn't quit, run away and just drop my responsibilities.

"The best way to deal with people is to stick it out, show them your ability and surround yourself with people who love and support you and do the job to the best of your ability."