The first ever winter series of the hugely popular show returned last night, and love it or loathe it, it will definitely offer its fair share of water cooler moments over the next couple of weeks.

This time the islanders are in Cape Town, South Africa and Bray native Laura Whitmore is at the helm. Last night's first episode saw the 10 contestants pairing up for the first time and spending the day getting to know their new "partners".

But in typical Love Island fashion, there was a twist, with identical twins, Eve and Jess Gale, arriving in the villa just before sundown.

"Twice is definitely nice, you know what I mean?" said police officer Mike Boateng, while scaffolder Callum Jones declared the newcomers to be "double trouble".

The girls were shaken by the surprise, and Shaughna Phillips admitted she had to work hard not to look "bothered" by the newcomers.

And the tension flared further when they were told that Eve and Jess have 24 hours to pick any of the boys to couple up with - which will leave two girls single and vulnerable to being dumped.

Earlier, the boys had their pick of the girls in the first coupling.

By the end, Ollie Williams was paired with Paige Turley, Mike Boateng was with Leanne Amaning and Connor Durman was with Sophie Piper, the younger sister of TV star Rochelle Humes.

Nas Majeed and Siannise Fudge were together and Shaughna Phillips and Callum Jones were also in a couple.

However, not everyone was thrilled with their pairing, with Siannise admitting she had not felt a spark with Nas.

"I don't fancy him," she told the girls.

"I'm just not feeling it," she added.

"Massive good luck to Laura, Iain (Stirling) and the team for tonight's launch show..." she wrote on Instagram. "The first one always the best one." 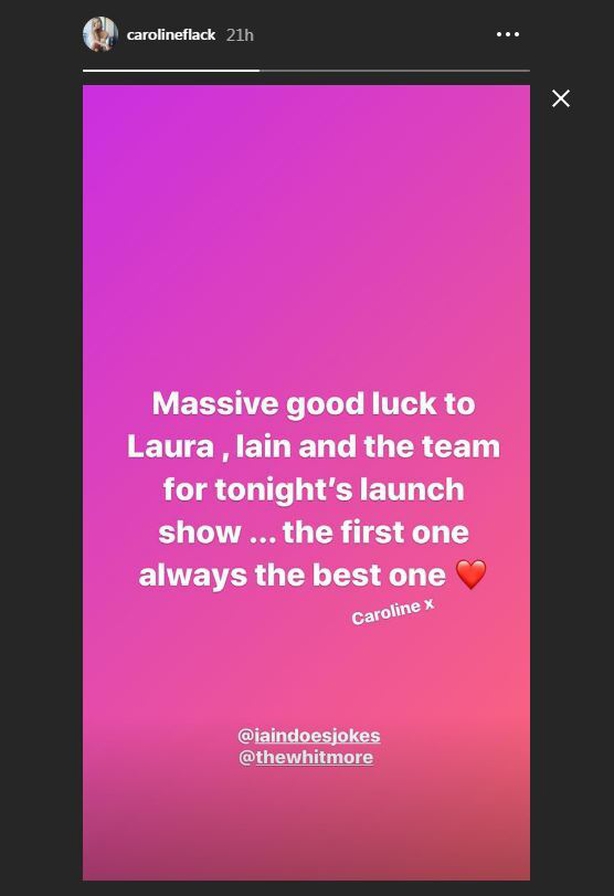 Flack stepped down from the show following an assault charge last year.