The Dancing On Ice audience cheered as same-sex dance partners, Ian "H" Watkins and Matt Evers, made history when they became the first same-sex pair on the show.

The 43-year-old cried after the performance explaining why dancing with a man was important to him, saying he felt: "Emotional because I have wanted this for so long and it means so much to so many people. And the world is ready for this."

Dancing On Ice's new judge John Barrowman was also emotional and explained it was because the pair "represent someone who is like me".

In an interview before the programme, Watkins said: "Before we had our first couple of training sessions I was very prepared for it to be very different. But from the moment we got on the ice and we started working together it feels normal."

"Before the show began the pair said that it was about progression in the world today. It feels completely normal, we don't expect to be treated differently."

After they had performed, the pair wrote on social media:

WE DID IT!!!!!!! THANKYOU EVERYONE for your messages of love and support! I'm totally gobsmacked! But tonights skate was bigger than Matt & I... it was a message of equality and inclusion! Let it resound across the world! #DancingOnIce #DOI2020 #TeamHandMatt 👬⛸🌈 pic.twitter.com/u6RrwGQ7YE

Thank you from the bottom of my heart. I felt nothing but love in the room. So proud of @Ianhwatkins and thank you all for the unending support. Now "it" doesn't need to be a "thing". @dancingonice pic.twitter.com/XkTHXHjZJy

Delighted viewers also tweeted how happy they were to see a same-sex couple performing on primetime TV.

"The world was ready for this. This is normal." Hats off to @dancingonice for featuring the first same sex couple! 👏🏼 🌈 💪🏼 #DancingOnIce pic.twitter.com/RsiobRTH6z

"Don't they know there’s kids watching this"... that can now grow up knowing it’s okay to be who they are😭 crying at #DancingOnIce pic.twitter.com/bM6hUPIDKS

TV history being made... our first sane sex dance couple on TV! My section 28 teen self is screaming! Thank you @dancingonice pic.twitter.com/1zIeMNthKb

H and Matt proving there is nothing "weird" about two men dancing together! It's just two people, looking great! 👍🏼 #DOI #DANCINGONICE 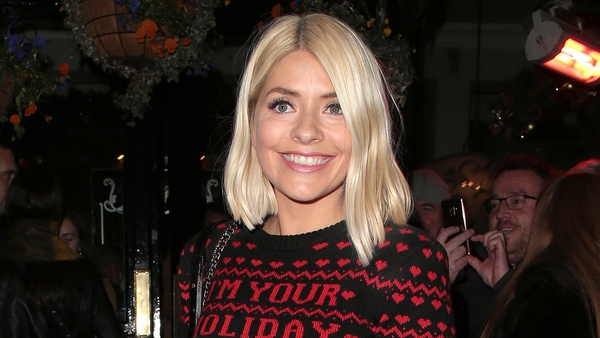