Rod Stewart has been charged with simple battery after allegedly punching a hotel security guard outside a children's party in Florida,

According to a police report obtained by US media on Friday, the 74-year-old was with his family at Breakers Hotel, Palm Beach on New Year's Eve when he was refused access to a party in the children's section of the resort.

He was attempting to enter the event with his 39-year-old son Sean, according to the police report.

The hotel's security guard, named as Jessie Dixon in the police document, told officers that he saw a group of people near the check-in table of the private event trying to enter the area without authorisation.

The affidavit claimed that Stewart and his group "began to get loud and cause a scene, and refused to follow (Mr Dixon's) instructions to leave".

Mr Dixon alleged that Sean had got "about nose to nose" with him when he told him to step back and create some space.

The security guard claimed that Sean shoved him backwards after he put the back of his right hand on his chest, and that Stewart then stepped towards him and punched him in the ribs.

The arresting officer wrote in the police report that Stewart stated that he and his family approached the check-in table at the event in a bid to have the children in their group gain access, and that Mr Dixon then became argumentative with their family.

According to the report, Stewart "apologised for his behaviour in the incident".

The ex-singer of The Faces and his son were both charged with simple battery, a minor offence which is generally punishable by a fine.

Stewart is scheduled to appear in a Palm Beach court on 5 February. 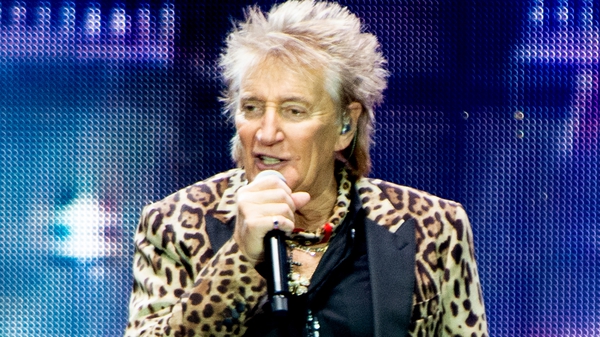