Saoirse Ronan told RTÉ Entertainment that it was "so wonderful" to have "amazing actors who wanted to be part of the sisterhood" while working on Little Women.

Ronan has been Golden Globe-nominated for her performance as Jo March in Greta Gerwig's adaptation of Little Women, which also stars Emma Watson, Florence Pugh and Eliza Scanlen as the other March sisters. Timothee Chalamet takes the role of family friend and love interest Laurie.

"Having a group of women together, with Laura (Dern) and Meryl (Streep), I never thought of it before, but Julianne Moore said this to me once, she said 'it's always rare on film sets that I'm around a lot of other women' you're usually one and there's not a lot of other ones," writer and director Gerwig told RTÉ Entertainment.

Ronan added, "There are so many departments that still don't have a lot of women in them, it's still an unusual thing to have female camera operators or boom operators or DPs, the more manual stuff, you don't see as many.

"It's kind of starting to change now, but to have so many girls on set, a female producer, a female director and writer, it felt like it was our set.

"But what was so wonderful was that we had these amazing actors who wanted to be part of the sisterhood, they didn't fight against it at all."

Gerwig noted, "They were all there to support these women and it was really emotional."

Little Women is in cinemas now.

Watch our full interview with Saoirse Ronan and Greta Gerwig:

We also spoke to Florence Pugh and Timothee Chalamet: 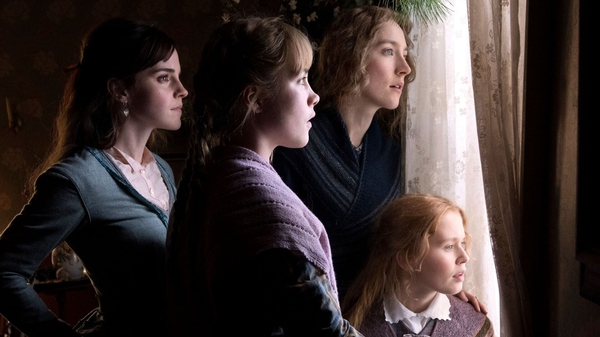