Speaking ahead of Saturday night's final of Strictly Come Dancing, EastEnders actress Emma Barton has revealed how she pulled a muscle in her bottom on the dance show.

The soap star is competing against CBBC presenter Karim Zeroual and Emmerdale's Kelvin Fletcher for the strictly title on Saturday evening.

Referring to the Charleston, the actress said: "We did it in week 11 and it's fast, high intensity. We smashed it all through the week and then, on the Friday morning, when we got to the studio we had to do a bit of social media and I pulled a muscle in my bottom, just standing. How do you do that? It was the right (cheek) and I did panic."

She revealed she "strapped up" the injured area, saying: "It had several large plasters on it, it worked because I got through it."

Barton will perform the Charleston again in the final with professional partner Anton Du Beke and joked: "I might have to get the plasters back out.

"I am just the biggest Strictly fan, I've loved every second, I've loved being with Anton, I really have, and it's just been brilliant and I just want to go out and enjoy Saturday, that is it now.

"We are lucky enough to dance three amazing dances. Our show dance is going to be fantastic if we get it right and I don't drop the cane." she added.

Elsewhere, Karim Zeroual has said he has been so consumed by nerves during Strictly Come Dancing that he is often "shaking like a leaf" before he takes to the dance floor.

The CBBC presenter and his professional partner Amy Dowden are taking on Fletcher and EastEnders' Emma Barton.

He will revisit his quickstep to Mr Pinstripe Suit as the judges' pick and will also perform a show dance to Pink's A Million Dreams, as well as the couple's choice dance.

Zeroual said: "The nerves can be quite hard to deal with, it doesn't really get easier.

"It's the best feeling once you're out there and when it's done but when we walk up the stairs I'm shaking like a leaf.

"That doesn't get easier, if anything it gets harder, so that is something that I've really struggled with, I'm probably one of the most nervous before I dance and I just try and hide it very well."

Fletcher, who the bookies are backing, to lift the glitter ball trophy, has said: "it kind of feels as crazy as it sounds" that he made it all the way to the end."

Cocked Locked and Ready to Rock!
These hips are licensed to thrill. 😂😜
Welcome to a team #Folti 💃🕺 Sensational Saturday. 🎉#Strictly #StrictlyComeDancing #Strictly2019 pic.twitter.com/3qtHYBv9rJ

He added: "You can see people throwing themselves at what is always a huge challenge, and I'm a big believer in challenging yourself, and what better way to do it than doing it in front of 11 million people dancing, learning these new steps, and having a spray tan, having all these amazing costumes."

Fletcher said of the show, "It's been the best thing I've ever done and it has changed my life and it's been absolutely incredible, I can't wait to go to a do and see an old dear and ask her to dance because I want to do a bit of ballroom with her."

"When this ends I will feel I will always have a part with Strictly but I will be sad to see that go and working with Oti has been unbelievable, she's the most incredible person. I've got complete admiration for her as a creative and talent-wise, she has just blown my mind every single week."

Strictly Come Dancing concludes tonight on BBC One at 7.05pm 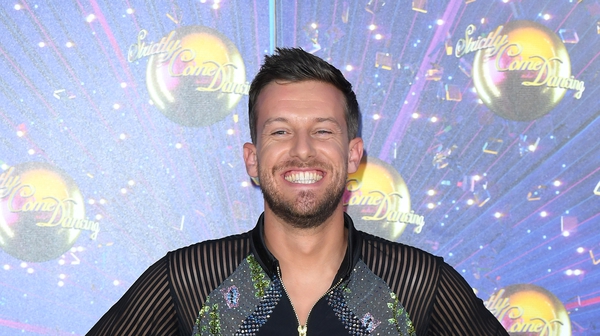