The music and memories flowed on Friday night's Late Late Show as Ryan Tubridy and guests celebrated "a punk, a poet, an Irishman, an emigrant, an outsider", Shane MacGowan.

The Pogues legend and his wife Victoria Mary Clarke were joined by family and friends as the Late Late showcased MacGowan's genius as a songwriter.

Among those who pulled up a chair on the night were Patrick Bergin, Moya Brennan, Aidan Gillen and Pat McCabe.

One of the highlights was Glen Hansard and Lisa O'Neill's cover of The Pogues' A Rainy Night in Soho.

The show closed with Shane MacGowan joined by Philomena Begley for the band's Fairytale of New York.

When asked by Ryan Tubridy about the ongoing controversy about the song's lyrics, MacGowan was unperturbed. 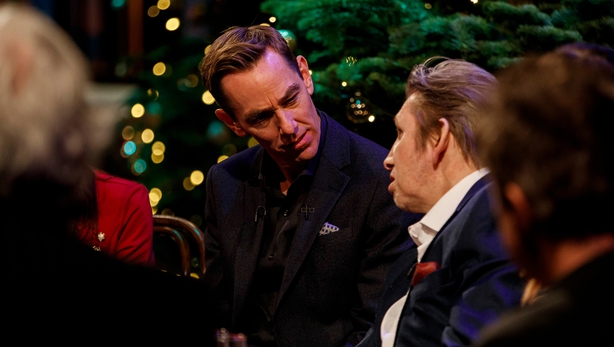 "There is no political correctness to it," he said. "I've been told it's insulting to gays; I don't understand how that works."

When the host moved to explain the concern, MacGowan replied with an expletive, adding: "Nobody in the band thinks that's worth a second's thought."