Harry Styles has said he felt free to write fun songs when working on his upcoming second solo album, admitting that he didn't allow himself to for his first record after One Direction broke up.

Styles releases Fine Line on Friday, a follow-up to his 2016 self-titled album.

"The fact that the last album wasn't necessarily a radio record, but I could tour it and people came to the shows and enjoyed them, made me feel I had freedom to make what I wanted to, and I wanted to make some fun songs," Styles told Music Week.

"Coming off the road, there was a definite feeling of, 'OK, now I know what it feels like to play a show on my own, what do I want the songs to be like if I'm going to tour again?'

"So I definitely went into this album with a freedom, that I didn't have, or didn't allow myself to have, last time."

He added, "I was a little subconsciously afraid of making fun music having come out of the band. I tried to get rid of that a little bit." 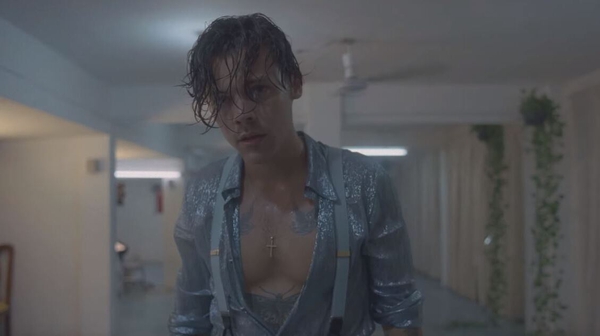