The heat is on in I'm a Celebrity, there's a documentary about Hollywood legend Steve McQueen, a drama based on the life of footballer Carlos Tevez, and the final episode of superb drama Giri/Haji . . .

I'm a Celebrity Get Me Out of Here! 9.00pm, Virgin Media One

It's only three days away from Sunday's final, when Ant and Dec reveal which of the campmates will follow in the footsteps of 2018 winner Harry Redknapp. My money's on Derry Girl Nadine Coyle.

The competition is getting tougher as the number of campmates continues to dwindle. Homesickness is taking its toll, tensions are running high, but with the end in sight, the stars try to keep their eyes on the prize.

Ant and Dec present the highlights of the past 24 hours around the camp fire, including Kate Garraway undertaking tonight's Bushtucker Trial - Frightseers.

This documentary tells the incredible life story of the legendary actor, racer, and cultural icon that was Steve McQueen.

Extensive interviews, movie clips, archival footage and sound bites chronicle his extraordinary career while focusing on the correlation between his on-screen and off-screen experiences.

This gritty dramatisation of the life of Carlos Tevez shows his rise to football stardom amid the harrowing conditions in Argentina's Fuerte Apache.

Adapted from the comics by Jonathan Maberry and Alan Robinson, a doctor is pitted against his best friend after an ancient disease turns people into vampires.

Fed up with the constant comments on her relationship status, perpetually single Johanne starts a 24-day hunt for a partner to bring home for Christmas.

This has been one of the best new shows of the year – a unique drama set in both London and Tokyo that has retained a vice-like grip on its story from start to, well, tonight's finish.

Yuto's plans to return to Tokyo are derailed when he receives a call from Jiro - he has Taki and they’re going to throw her off a rooftop unless Yuto hands himself in.

Kenzo and Yuto race to save her, but Kenzo is confronted by a vengeful Abbot who is still out for Yuto’s head. They make a deal and Abbot accompanies Kenzo to the rooftop. But when Sarah see Abbot strong-arming Kenzo into a car her suspicions are roused, and she decides to tail them.

Since then she has gone on to appear in a diverse range of films (including Quentin Tarantino's Pulp Fiction), stage plays and is currently working on her fourth album as a singer-songwriter. 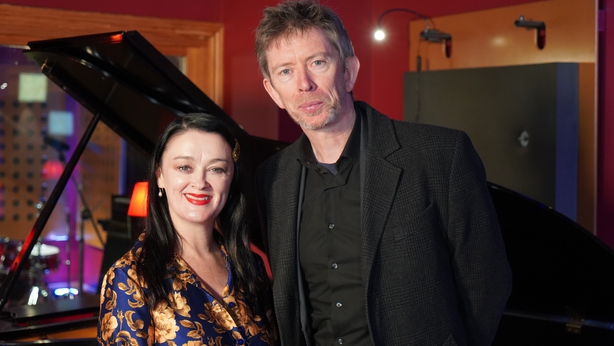