The legendary 1990s Sunstroke festival is set to return next June with Faith No More, Deftones, The Jesus & Mary Chain and Gojira as headliners.

Early bird tickets for the two-day event at Punchestown Racecourse on Saturday, June 13 and Sunday, June 14 will go on sale next Tuesday, December 3 at 9:00am priced €129.50 with camping options available at €159.50. 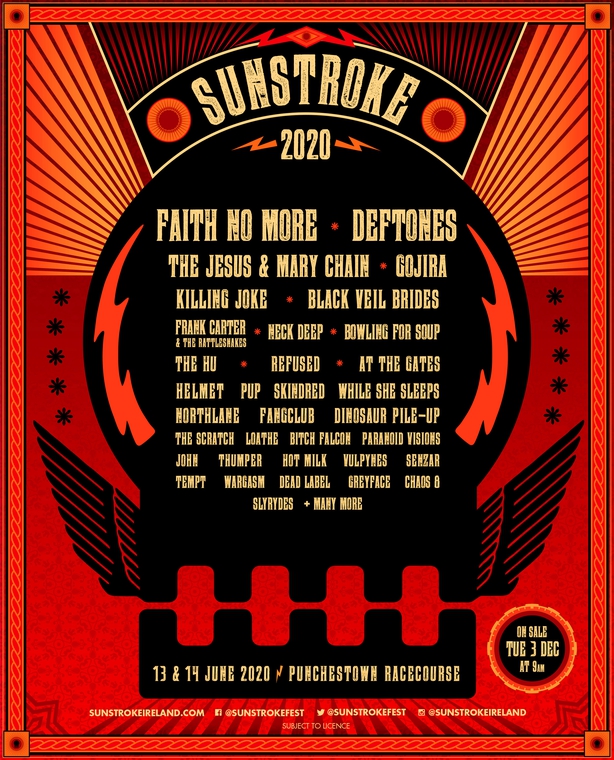