Game of Thrones star Emilia Clarke has recalled that she would be in tears before filming some of her nude scenes on the HBO fantasy epic.

She agreed with the host that performing nude scenes is "terrifying". She said she would "cry in the bathroom" before certain Game of Thrones scenes - but this would have happened "whether there was nudity or not".

The British star was 23 when she began filming Game of Thrones, which has been criticised over the years for its onscreen sex and violence.

"I took the job and then they sent me the scripts and I was reading them, and I was like, 'Oh, there's the catch!'" the 33-year-old recounted.

"But I'd come fresh from drama school and I approached it as a job. 'If it's in the script then it's clearly needed, this is what this is and I'm going to make sense of it. Everything's going to be cool'."

Clarke paid tribute to her Game of Thrones co-star Jason Momoa, who played screen husband Khal Drogo, for looking after her.

"He was so kind and considerate and cared about me as a human being," she said.

When the time came to do her last nude scene on Game of Thrones, Clarke said her attitude was: "'I am owning this. This is mine, they've asked me to do it, and I'm f****** game'."

She said she has become "a lot more savvy" since making Game of Thrones.

Clarke is currently on Irish cinema screens opposite Henry Golding in Last Christmas. 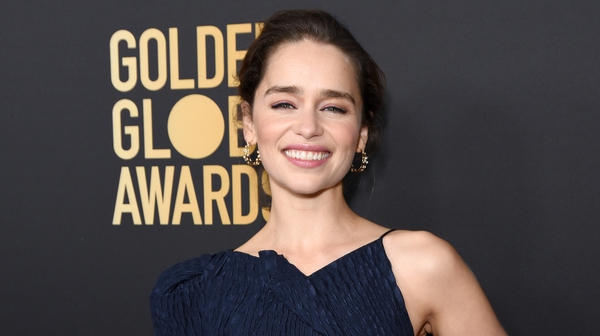