The funeral of actor and comedian Níall Tóibín has taken place in Dublin.

He died last Wednesday (November 13) at the age of 89 after a long illness.

Tóibín's funeral mass took place in the Church of St Paul of the Cross in Mount Argus in Dublin.

Tóibín was laid to rest in the nearby Mount Jerome Cemetery following his requiem mass.

President Michael D Higgins and his wife Sabina were among those attending the mass.

The Taoiseach Leo Varadkar was represented by his Aide de Camp, Commandant Caroline Burke, while the Lord Mayor of Cork, Councillor John Sheehan was among the others attending the funeral.

Tributes flooded in for the legendary actor following the news of his death last week.

The actor, who is best known for his work on Borstal Boy, as well as playing Tom Cruise's father in Far & Away and Judge Ballaugh in Veronica Guerin, was praised by President Higgins for his "unforgettable performances in all of the Irish theatres". 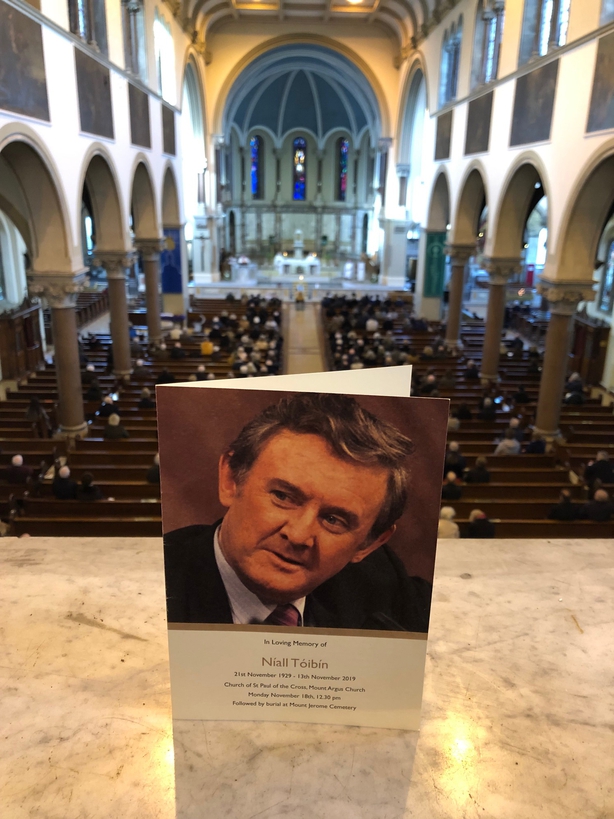 Tóibín is predeceased by his wife, Judy, and is survived by his children Sean, Muireann, Aisling, Sighle and Fiana and his seven grandchildren.