We're giving you the chance to win a pair of tickets to an exclusive preview screening of 21 Bridges, a new action film starring Chadwick Boseman and Sienna Miller.

21 Bridges, which has been produced by The Russo Brothers (directors of Avengers: Endgame) and directed by Brian Kirk, presents an intriguing mix of spectacle, propulsive and non-stop action, and is an epic 'ticking clock' crime story.

The explosive story unfolds during a single night after a drug heist gone wrong results in the deaths of eight cops. Detective Andre Davis devises the desperate but ingenious plan to close down Manhattan to enable him and his team to entrap the two perpetrators who'll have no place to flee in the sealed-off island.

To be in with a chance to win a pair of tickets to the preview screening in a Dublin City Centre cinema on Thursday, November 21 at 6.45pm, simply email the answer to the question below to entertainmentonline@rte.ie with '21 Bridges' in the subject line.

Question: Which Marvel character is Chadwick Boseman known for? 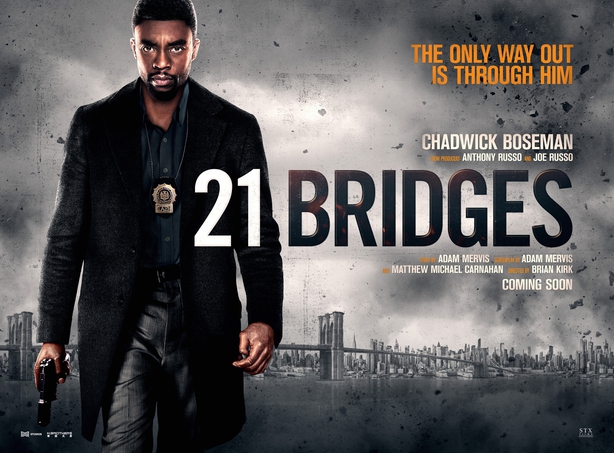 Standard RTÉ competition rules apply. The closing date for entries is Monday, November 18 at 2pm. Entrants must be over 18 years old. Prize cannot be exchanged or transferred.