Fast-rising Limerick act whenyoung are about to undertake a short Irish tour in support of their new Live in Germany EP. Alan Corr talks to front woman Aoife Power

June 14, 2017 seemed like it was going to be just like any other day for Aoife Power, front woman of London-based Limerick indie act whenyoung.

She was up at 5am so she could travel to the wealthy London borough of Keningston, where she was working as a gardener for a British politician.

But when she arrived for work, there in the near distance stood the blackened sentinel of Grenfell Tower, the apartment block which had burst into flames just hours before. The final official death toll from the inferno was 72 and Grenfell would soon become a stark symbol of how the richest and poorest in society can live so close together and yet be so very far apart.

"I was working nearby so I could see what was happening in the distance," says Power. "It was just horrible. I knew what was happening before I got to work that day but my boss said there was no work. We just felt so helpless . . . "

That experience inspired The Others, a song which features on whenyoung's debut album, Reasons to Dream, and now that Grenfell has shot back to the top of the headlines after Tory politician Jacob Rees Mogg’s garbled and idiotic comments about the tragedy, Power is palpably angry.

"What a moron. He’s just so insensitive," she says. "I can’t even believe he’d think that, never mind say it out loud. He’s just an awful, awful person with awful ideas.

"When I was a gardener, we worked for a lot of really wealthy people and a few of them were politicians and the idea for The Others was inspired after I was in this ridiculous person’s house - someone who had political views I didn’t agree with but I had to do my job - and then a few days later down the road there’s an apartment block that’s on fire . . . "

It’s a rare but understandable broadside from Power, a singer and bassist who lets her band's songs do most of the talking.

whenyoung, who met as teenagers in Limerick before forming in London several years ago, have been turning heads with their brand of euphoric indie pop. The trio of Power, Niall Burns (guitar) and Andrew Flood (Drums), have honed their inspirations - Warhol, punk, indie, vintage fashion, and classic movies - to become a spiky power pop trio with melody to the fore. They also do a very witty line in pop videos.

2019 has already been busy for the band with a UK tour, their first US dates, and a support slot at Nick Cave’s Dublin gig. They’ve just released their Live in Germany EP, which was recorded last August at a festival near Hamburg, and this week the band launch a short national tour with dates in Dublin, Cork, Limerick and Galway.

""We get compared quite a lot to The Cranberries because we did a cover of Dreams and I'm a woman with an accent from Limerick . . . We sound completely different. We admire them massively, brilliant band . . . "

"It is a lot of hard work," says Power. "We do it firstly for ourselves and we’re lucky enough now that we have the support of a label but we’d be doing it anyway. We know it’s going to be hard work but we’re stupidly and blindly willing to do it. We love it. 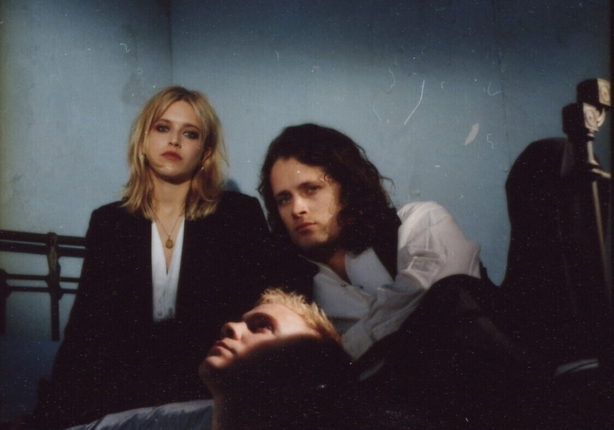 "Being in a band was definitely something I always wanted to do but didn’t have the courage to go and do it when I was a teenager, I didn’t realise it was possible, and then when I met the guys they were very confident so I went for it. I always played guitar in my room and loved doing it.

"I loved Debbie Harry, she was my idol," Power adds. "And I thought what Blondie were doing looked so cool and exciting. I loved Andy Warhol and The Velvet Underground and that whole scene for the fashion and the photography as an aesthetic."

Now settled in London for several years, whenyoung do make frequent visits to their native Limerick. "Some day I’ll go back to Ireland but right now we’re set up here so it would be a big decision to change that," Power says.

"I definitely miss Ireland and I try and get back to Limerick as much as possible. Luckily we have been back a lot this year with festivals and these shows coming up."

Of course, Limerick’s most successful musical export was The Cranberries, another indie guitar act with a female singer and jangly guitar chime. It’s an easy hook to hang whenyoung on but it turns out The Cranberries were not that big an influence on the trio.

"I loved Debbie Harry, she was my idol and I thought what Blondie were doing looked so cool and exciting."

"In terms of them being on the radio and being from Limerick I was definitely aware that there was a pride there. I love their music but I have never bought all their albums, I don’t know all of their music.

"We get compared quite a lot because we did a cover of Dreams and I’m a woman with an accent from Limerick . . . We sound completely different. We admire them massively, brilliant band . . . "

Are those comparisons annoying? "Oh yeah but everyone gets compared. It’s a lovely comparison but some people can’t see past that and they want you to be that band. A lot of people ask us to play Dreams at our shows and we only did that as a tribute and it’s not our song. We want people to like us for our music, not the covers."

Pete Best: "The Beatles put the boot in after they kicked me out"