Ye Vagabonds were the big winners at the RTÉ Radio 1 Folk Awards in Dublin, taking home three awards on the night.

Moya Brennan was honoured with the Lifetime Achievement Award, which was presented to her by President Michael D. Higgins for her contribution to folk music in Ireland.

Margaret Barry was inducted into the Hall of Fame by American singer Peggy Seeger.

Christy Moore and Declan Sinnott opened the awards ceremony with a very timely and poignant performance of North and South of the River.

Caoimhín Ó'Raghallaigh performed a specially commissioned reflective piece on the natural sounds we are losing from our Irish soundscape.

Speaking on the night, Group Head of RTÉ Arts and Culture Ann Marie Power said: "A year has passed since the inaugural RTE Radio 1 Folk Awards in Vicar Street, Dublin, a really special evening, one of those 'nights that feed the soul' as described by one listener.

"We're delighted to track the success and progress of so many of last year's artists are having abroad.  It's really important that they are championed here at home as well and that is what the RTÉ Folk Awards are all about."

Highlights from the ceremony will be broadcast on television on RTÉ One at 11.15pm on Saturday, 26th October. 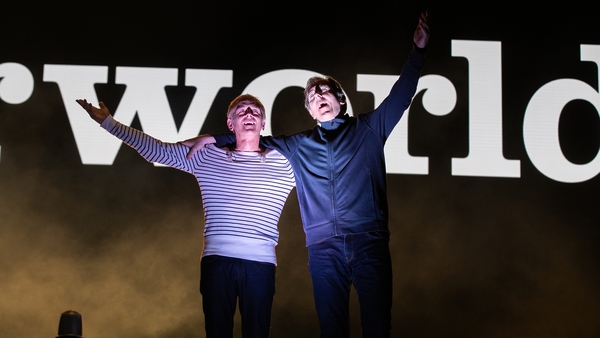