Elton John has revealed that David Furnish entered rehab for alcoholism in 2014 as he struggled to cope with his partner's worldwide fame and "press scrutiny".

The 56-year-old filmmaker, who is married to the music icon, struggled to come to terms with the interest in his life and entered himself into a rehab clinic in California.

Writing in his new autobiography, Me, John shared: ''I always thought David had slipped into Elton John World with remarkable ease and confidence, but it turned out that a lot of things I was completely used to living with, that I just saw as a fact of life, made him completely anxious.

''He didn't like being photographed all the time, or being under press scrutiny, or public speaking at [Elton John] AIDS Foundation events.'' 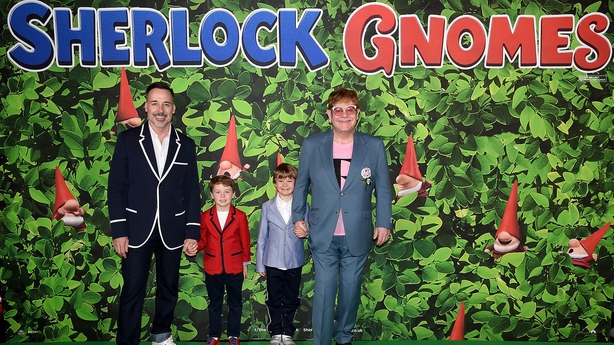 The 72-year-old Your Song hitmaker, who wed Furnish in 2014, admits he started to become concerned about his husband's wellbeing after finding empty wine bottles around their home.

''It all came to a head in Los Angeles in 2014, two days before I was due to start a US tour ... David was feeling low and wanted me to stay the extra night with him. I said no. We had a huge row, I went anyway.

''The next morning, David called and we had a row that made the previous day's row look like a light-hearted disagreement over what to have for lunch: the kind of argument where you come off the phone teary and reeling, where things are said that make you wonder whether the next time you communicate it'll be through lawyers.

''In fact, the next time I heard from David, he had checked himself into a rehab clinic in Malibu. I was pleased he was getting treatment.''

John, who has had his own addiction struggles, was regularly by Furnish's side at Alcoholics Anonymous meetings.