Coronation Street stalwart Sue Nicholls has revealed her screen time as Audrey Roberts was recently curtailed because she broke her collarbone while trying to sit down on the side of the bed in the dark.

The 75-year-old, who has played Audrey on the ITV soap since 1979, told The Mirror she fell at her home in Manchester.

"I live in a tiny flat and Mark [Eden, husband, who played Alan Bradley in the soap in the 1980s] goes to bed much earlier than me," she recounted.

"I was creeping around in the dark after taking my face off at about 11 o'clock and sat on the side of the bed. But I missed the bed and fell over."

"I had to have an operation, be written out of some scenes and take time off - which I hate doing as I don't like letting people down. But everyone was so lovely," Nicholls continued.

"This all happened after I got my Outstanding Achievement Award [at the 2019 British Soap Awards in June] - serves me right for being big-headed!"

Nicholls said she has no intention of leaving the cobbles.

She still can't quite believe it!

A standing ovation for the incredible Sue Nicholls who takes home the Outstanding Achievement Award for 40 years on the cobbles.#SoapAwards2019 @SoapAwards @itvcorrie pic.twitter.com/qYkvXE3PEu

"It's almost as if they're saying, 'Well you're 70 plus now…' But I love this job - in fact I've loved it more these last few years than I've ever done.

"I have fun here, I'd never want to just sit at home. If they ever got rid of me I might try doing other things - I'd love to go back to singing and get my voice trained again - just to do something. I wouldn't retire.

"If they'll have me, I'd love to be here in 10 years' time because I like playing her. There's lots to achieve yet, so if I get the sack I'll lock myself in Audrey's salon and refuse to leave." 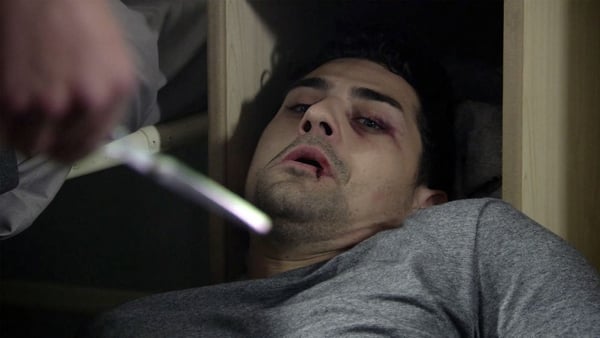 Josh is stabbed on Coronation Street