DJ Dev Griffin and partner Dianne Buswell have been booted off this week's Strictly. The judges unanimously got behind Emma Weymouth and her partner professional dancer Aljaz Skorjanec after the gripping dance-off.

The bookies were also wrong this week with their predictions on elimination resting on Former England footballer Alex Scott, socialite Emma Weymouth and Paralympian Will Bayley

Griffin whose Cha Cha Cha fell short said: "I am absolutely gutted, but learning how to dance, hanging out with Dianne and the other pros and celebs... I've absolutely loved it."

His professional dancing partner, Australian dancer Dianne Buswell said she was "sad" Griffin will not be able to demonstrate more of his "talent". she commended him on how hard he worked: "His work ethic is insane. I see him everywhere practising and I couldn't have asked for a better partner."

"I'm gutted that it's ended now, but thank you so much for being the best."

It's the end of the road for Dev and Dianne, but in such a short space of time Team Red Devils have really made their mark on #Strictly. pic.twitter.com/1GTDsvDGzm

Weymouth and Skorjanec jive protected them from elimination with the judges saying their routine was: "stronger, cleaner and focused".

The night started off better for comedian Chris Ramsey and professional dancer Karen Hauer who were the first to find out they were through, followed by children's BBC star Karim Zeroual with partner Amy Dowden.

Top of the leaderboard and now on top of the world! @kayzer_1 and @dowden_amy are through to Week Five of #Strictly. pic.twitter.com/vUDYiCQDar

They're tickled pink to be through to next week! Well done @Cath_Tyldesley and @jojo_radebe. 💖 #Strictly pic.twitter.com/0UjAgWRxyi

No Dance Off for @jamosfoundation and @NadiyaBychkova tonight, and that reaction says it all! 🤩 #Strictly pic.twitter.com/Pr6LBMcCuL

Eastenders Emma Barton and Emmerdale Actor Kelvin Fletcher who got involved in the series after Jamie Laing got injured with partner Oti Mabuse, were not put through the dance-off

*That* Rumba has sent @kelvin_fletcher and @OtiMabuse right through to Week Five! They're safe. #Strictly pic.twitter.com/BsXUfXK0Ro

Ireland's Got Talent judge Michelle Visage who has swapped sides of the table to partake with her partner Giovanni Pernice in this competition.

12 couples now remain in the competition. 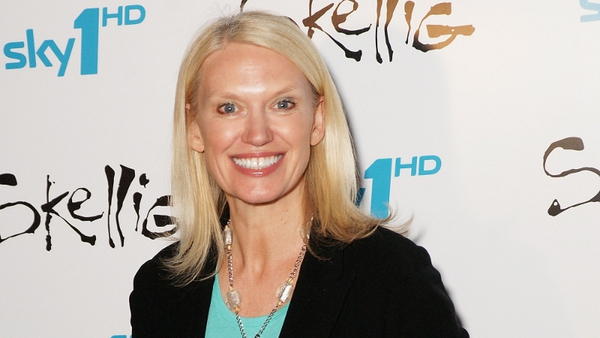 Rice: Strictly was 'like running away to the circus'