Harry Styles has released his first single and music video from his upcoming second album.

On Friday morning the 25-year-old singer, who released his debut solo album in 2017 following One Direction's split, announced that his new song Lights Up was out and within minutes it was trending worldwide.

In the video, which was filmed in Mexico, Styles can be seen dancing with a group of people, riding on the back of a motorbike and floating in water.

Lights Up is the first taster of what's to come with Styles' second record, which has been teased by Stevie Nicks as "spectacular".

Styles said at the time that it was a great stamp of approval to get, "It's a double-edged thing. You're always nervous when you are playing people music for the first time."

"You've heard it so much by this point, you forget that people haven't heard it before. It's hard to not feel like you've done what you've set out to do. You are happy with something and then someone who you respect so much and look up to is, like: 'I really like this'," he told The Face.

"It feels like a large stamp [of approval]. It's a big step towards feeling very comfortable with whatever else happens to it." 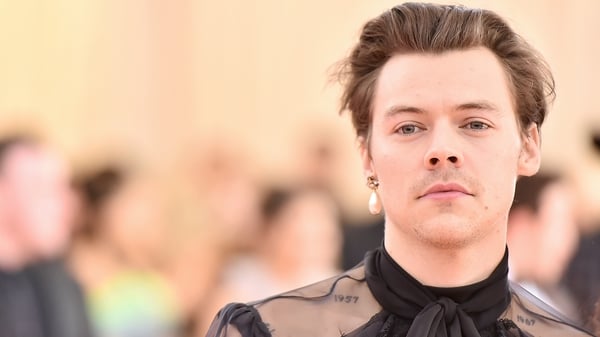