Jenna Dewan has admitted she was 'gutted' by her divorce from husband Channing Tatum.

The 38-year-old actress, who is pregnant with her first baby with boyfriend Steve Kazee, split from Channing in 2018 after nine years of marriage and 12 years together.

The Resident star says that there was "no one event" that led to their divorce and admits "it wasn't an overnight thing that happened".

Writing in her new book Gracefully You: How To Live Your Best Life Every Day, in excerpts acquired by People, she said: "People grow and they change and sometimes they don't grow and change together. So it wasn’t a overnight thing that happened.

"There was no one event. I think it was just a slow realisation that we wanted different things". 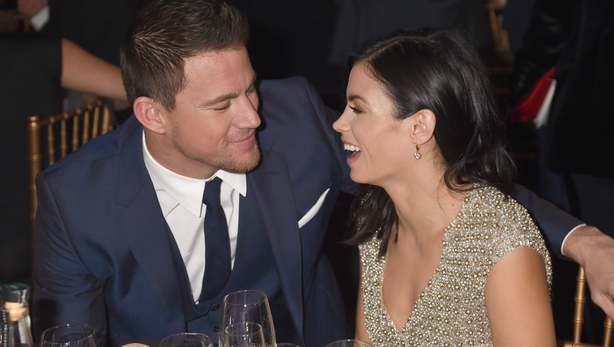 Dewan, who shares six-year-old daughter Everly with Channing, continued: "I was just gutted. It was so difficult for me. It was the loss of an idealistic future for myself and my life.

"What does that now look like for me? Where do I begin? I met him when I was 24, I didn't know life without Chan."

The Step Up actress said she and Channing are adjusting to life as co-parents and insists they still have a healthy relationship.

"We're all aware that it’s a new normal, we’re all getting used to it".

"You can still have a relationship and just because the forms change as to who you are to each other, it doesn’t take away from the love that we had or that we shared all those years."

In September, Dewan debuted her baby bump on social media the day after announcing she is expecting a child with her boyfriend Steve Kazee.