Now BAFTA has announced: "UK programmes will no longer be required to premiere in the UK."

The change enables "the very best British creators and content to be recognised by BAFTA regardless of where the show is first transmitted".

Programmes which first aired outside the UK will qualify for the production categories if they are broadcast to UK audiences within the calendar year. 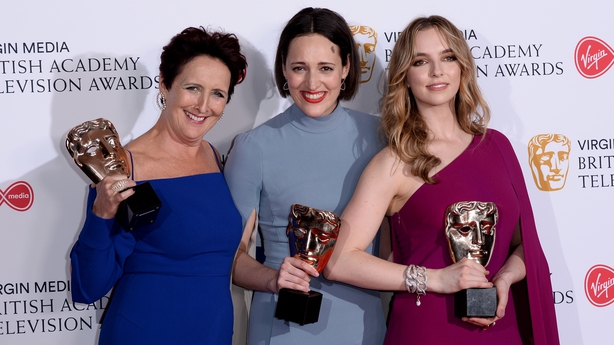 Hannah Wyatt, chair of BAFTA's television committee, said: "BAFTA is committed to rewarding British productions that can be enjoyed by British audiences.

"We are always looking to reflect the ever-changing industry, ensuring our rules remain fit for purpose.

"As we see British creative talent and productions increasingly capturing global audiences, we feel now in the right time to make this adjustment."

The announcement came as BAFTA said its committees and jury chairs are being offered independent unconscious bias training ahead of the 2020 awards season.

Meet the 2019 BAFTA Elevate cohort - 21 actors from under-represented groups who will be with us for a year of support 👇https://t.co/dhnH8eTBEL

Irish co-production The Favourite from Dublin company Element Pictures was the big winner at this year's BAFTA Awards in London.