Former Mrs Brown's Boys actor Rory Cowan is now the star of another show - his own, in his new autobiography Mrs Cowan's Boy.

The book was supposed to appear in time for the Christmas market last year, but Cowan's mother Esther was not well and he was busy looking after mum and supervising her care, he told The Ray D'Arcy Show on Saturday night.

His mother had suffered from dementia prior to her passing in St Vincent's Hospital in Dublin last December. When she had died and Rory returned home, he thought he would finally sit down and write his autobiography as planned. 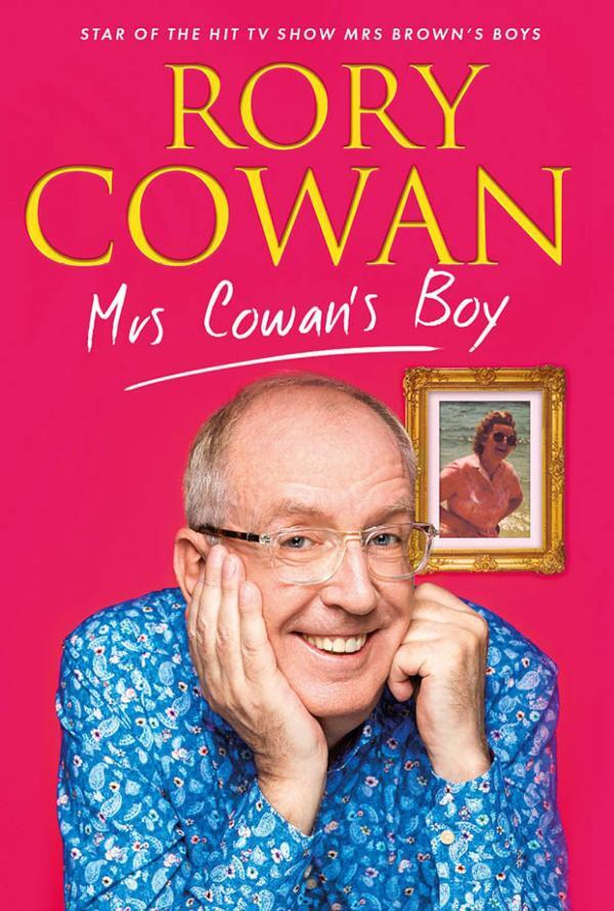 But he couldn't do it. "A fly going up a window would distract me and I'd say 'I'll do it tomorrow.'"

Eventually he set to writing. "I needed the good memories after she died, and they came flooding out, and that was brilliant."

Asked what Esther, who wanted her son to get a job in the bank, would make of the book, Rory said. "She'd probably hate it, she hated me being an actor - 'what do you want to be drawing attention to yourself?' She wanted me to stand out but she didn't want me to be in the papers."

He added, "Dementia is horrible but I didn't want to be writing the horrible side of it because there are some very funny things, what I call in the book 'boom moments.'"

Rory recalled how his mother absolutely forbade bad language at home, people who used it had insufficient vocabulary to complete their sentences, she believed. She did however, make an exception for Brendan O'Carroll, the writer and star of the hit TV series, Mrs Brown's Boys, which also starred Rory.

The actor recalled how he used to bring his mother out, three or four times a week, to the upstairs restaurant in Marks & Spencer's on Grafton Street. "She always wanted to go to the same place." he said.