Former Republic of Ireland footballer Kevin Kilbane has revealed that his daughter played a big part in getting him to sign up to participate in the upcoming series of Dancing on Ice.

The soccer star will be donning his skating boots and reckons he will be the "novelty act" for the show.

"I think I'll be the novelty act on it, I think it's going to be good fun, I'm looking forward to it," he said on The Late Late Show.

On his decision to take to the ice, Kilbane said it was largely due to his daughter's reaction to it.

When he rang his daughter to tell her that he had been asked to go on the show she "burst out laughing and went, 'Dad you can't skate and you can't dance but you've got to do it' so that was enough to push me into it."

He's kicking off the boots for the skates ? ...Kevin Kilbane (@kdkilbane77) will be joining us on the ice! #DancingOnIce pic.twitter.com/gyBFPWJUqT

When Kilbane first announced that he would be taking up ice-skating for the show, he told Talksport Radio: "I am going on as a total novice. I'm starting from scratch here.

"This is going to be a massive challenge for me. I've been taking it easy for the last few years since I finished (football) so let's just see how this one goes."

Love Island's Maura Higgins will also be taking part in this year's competition. 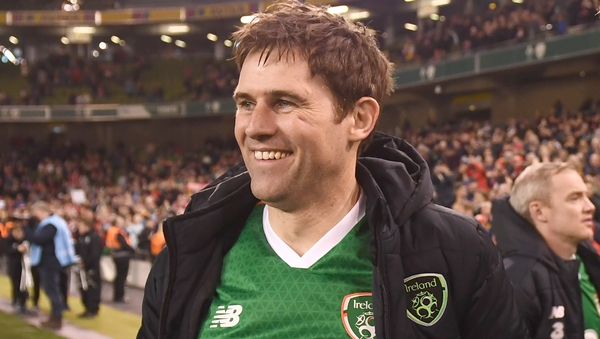