Britain's Strictly Come Dancing returned to screens with the usual no elimination in the first week and a new judge, the audience was in for a real treat of top notch dancing, possibly the highest scores ever for a first week.

Emmerdale Actor Kelvin Fletcher who just recently took the place of injured Jamie Laing with partner Oti Mabuse, hit the dance floor and top of the leader board with 32 after their samba to La Vida es un carnaval by Celia Cruz.

In second place came Children's BBC star Karim Zeroual with partner Amy Dowden who was moved to tears with a score of 31. He said: "I'm welling up, I cried. I never cry. I'm literally blown away, over the moon."

Ireland's Got Talent judge Michelle Visage and her Strictly partner Giovanni Pernice came third with 30 points after they danced the cha cha cha to Whitney Houston's So emotional. Judge Revel Horwood said: "My goal when judging is to help. But see, you don't need it." But they were not alone holding the second place spot........

Joint third, dancing to The Foundations' Build Me Up Buttercup with the foxtrot DJ Dev Griffin and partner Dianne Buswell stunned, securing 30 points.Judge Griffin said: "That was a real surprise."

The pair did the tango to Meghan Trainor's song Lips Are Movin. Speaking after the performance Barker said:
"It's the scariest thing I've ever done. "All I wanted to do was make him proud."

So how did the others get on?

The judges were full of praise. Judge Ballas said: "That was a magnificent performance," and Judge Tonioli added: "You worked hard, you worked hard and it's showed."

Eastenders Emma Barton and Anton Du Beke were given 23 for their Jive.

The tabard is off and the Jive is ON! Fantastic kicks and flicks from @EmmaBarton and @TheAntonDuBeke. #Strictly pic.twitter.com/EndKZEzRaz

A tangoed, in colour only, BBC sports presenter Mike Bushell shows he is game to give the dance floor his all as he jived with partner Katya Jones.

They were told they were like a dance act from "week 8" rather than week one and were awarded a score of 22.

Footballer Alex Scott was third alongside Neil Jones who had the daunting task of opening the dances with a quickstep to I Get A Kick Out Of You, by Frank Sinatra. Despite a comment on their routine being "a little bit haphazard", the pair scored 21. Scott revealed that he was: "a little bit nervous."

Coronation Street actress Catherine Tyldesley and Johannes Radebe danced the Viennese waltz to I Got You Babe by Sonny and Cher earning a 20.

The new judge Mabuse is proving to be a positive influence stating: "You two are just a beautiful, tall, elegant couple. And you managed to create an atmosphere."

Model Emma Weymouth and professional dancer Aljaz Skorjanec danced the cha cha to She's A Lady by Tom Jones scoring 19. Judge Mabuse said: "It was really sexy. You just have it in you. You need to spice it up a little bit."

Comedian Chris Ramsey and professional Karen Hauer did not have their best start earning 13 points as they dance to Lizzo's Juice.

Judge Bruno Tonioli said: "Dancing is like comedy. Timing is everything. Work on that."

"I really wanted to get it right. I've never moved in rhythm to music ever." said Ramsey.

Footballer David James and Nadiya Bychkova danced a foxtrot to Three Lions by Baddiel, Skinner and Lightning Seeds. The former footballer was given a score of 17.

Treasure Hunt's Anneka Rice and Kevin Clifton were encouraged by the judges after beginning the competition with the cha cha cha. They performed to Gloria by Laura Branigan, and earned a score of 14.

Olympic champion rower James Cracknell must have caught a crab to score 11 after a tango with Luba Mushtuk to Spandau Ballet's Gold.  "Your posture is your main concern. Your bottom was sticking way out, you need to tuck that baby under. "You need to put as much energy as you do in rowing into this."
Judge Mabuse said: "You need to let us in a bit. Just open up." 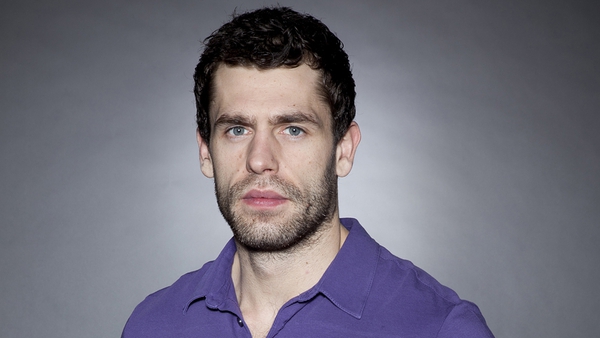