IT and IT Chapter 2 director Andy Muschietti has described Stephen King as his hero, telling RTÉ Entertainment "everything I learned about storytelling, I probably learned from him."

Muschietti brought King's horror novel IT to the big screen in 2017, and the film went on to become a critical and commercial hit.

As he embarked on the second instalment, the director included King in the process as he "wanted to share what we're doing with him."

"After the first movie Stephen King reacted very well to it, he really liked it, so we started connecting and the second part, I wanted to share what we're doing with him. With the first one we were more distant," Muschietti told RTÉ Entertainment.

"He's a great guy, he's my hero actually, I grew up looking up at him and everything I learned about storytelling I probably learned from him, so it was great to have him around.

"He's very respectful of what an adaptation is, he has this philosophy of non-intervention when it comes to an adaptation but I wanted to hear his thoughts on what we were doing and he gave me a list of things he would like to see in the movie."

It Chapter 2 hits cinemas on September 6.

Check out our interview with stars James McAvoy and Jessica Chastain: 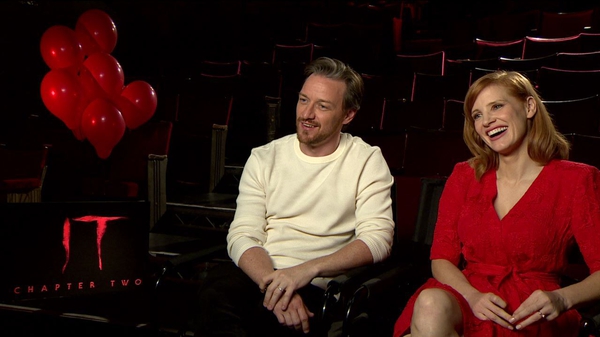 Jessica Chastain 'blown away' by James McAvoy in IT Chapter 2