Veteran actress and singer Julie Andrews has been honoured with the Golden Lion award for lifetime achievement at the Venice Film Festival.

The 83-year-old Sound Of Music star was presented with the accolade at a glitzy ceremony on Monday in the Italian city.

As she posed for photographers, Andrews kissed the statuette of a winged lion on the nose.

When it was announced earlier this year that she Julie had been chosen to receive the award, the original Mary Poppins said she was "so honoured". 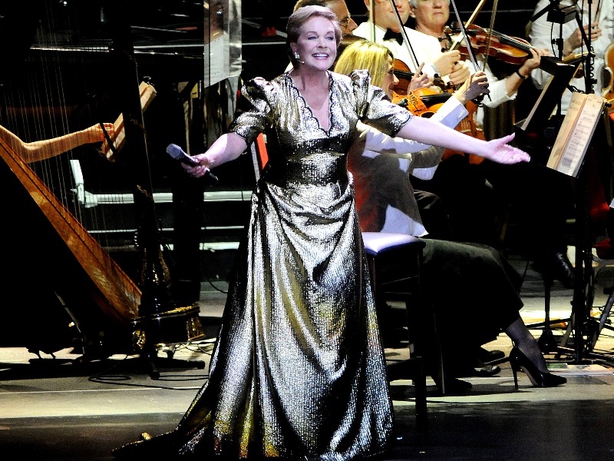 "The Venice Film Festival has long been recognised as one of the world's most esteemed international film festivals," she said.

"I thank La Biennale for this acknowledgement of my work and I look forward to being in that beautiful city in September for this very special occasion."

Julie Andrews started singing and acting as a child and in a career that has included Broadway and Hollywood stardom, while she has won an Oscar, Golden Globes and Grammys for her work both in theatre and Tinseltown.