Miley Cyrus has released her first new music since her split with husband Liam Hemsworth was announced earlier this week.

Cyrus posted the audio for Slide Away online but did not write anything about the track, which contains the lyric: "Once upon a time it was paradise. Once upon a time I was paralysed. I think I'm gonna miss these harbour lights. But it's time to let it go."

"Woke up one day it had turned to dust, baby we were found but now we're lost, so it's time to let it go," she laments.

The singer and Hemsworth split after less than a year of marriage. A representative for Cyrus said the stars had decided it was best for them to go their separate ways so they could "focus on themselves and careers".

"Liam and Miley have agreed to separate at this time," the representative told People magazine in a statement.

"Ever-evolving, changing as partners and individuals, they have decided this is what's best while they both focus on themselves and careers.

"They still remain dedicated parents to all of their animals they share while lovingly taking this time apart. Please respect their process and privacy."

Hemsworth subsequently said he wished Cyrus "nothing but health and happiness".

The actor posted a picture of a sunset on Instagram and wrote: "Hi all Just a quick note to say that Miley and I have recently separated and I wish her nothing but health and happiness going forward."

"This is a private matter and I have not made, nor will I be making, any comments to any journalists or media outlets," Hemsworth continued. "Any reported quotes attributed to me are false."

"Peace and Love," he concluded. 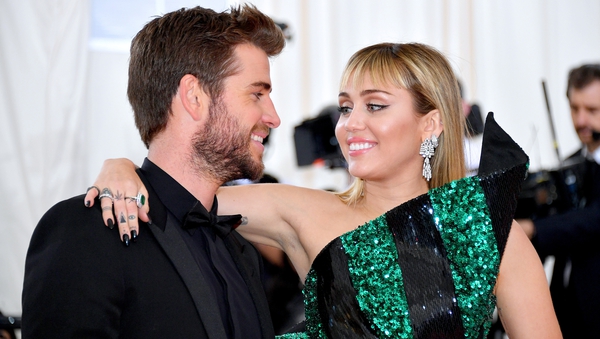