Game Of Thrones creator George RR Martin has admitted that the knock-on of the show's success is that he's become distracted from crafting his fictional universe and needs a return to his writing room.

The author revealed he has decided to cut down on the number of public engagements he agrees to in order to finish the planned novel Winds Of Winter.

He said his large fan base provides a break from the solitude of writing, but being inundated with invitations in the wake of international fame severs to slow the progress of his work.

Martin's A Song Of Ice And Fire achieved a huge readership, and the television adaptation of that and subsequent novels in the series became a global hit.

But, despite the benefits of his literary fame and achievements, he said he needs to dedicate time to his current work, and public engagements have previously got in the way.

He said: "The success of the series, and the books and the TV show, has gotten me a lot of invitations. A lot of people know who I am.

"Especially four, five, six years ago maybe, I said yes to too many of those things. It made it hard to concentrate on the books.

"I'm trying to cut down on the invitations I'm taking, precisely to finish Winds Of Winter. 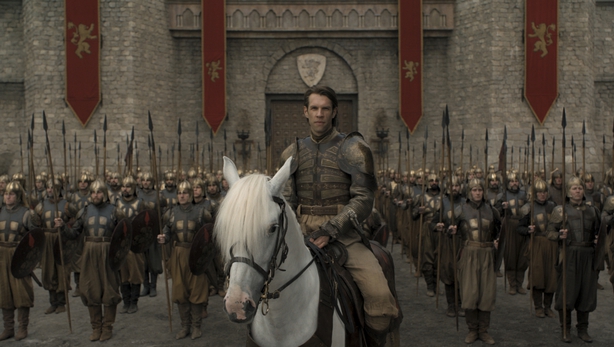 "I need to get back to my writing room and put the rest of the world, the real world, aside and just live in Westeros.

"The real world is full of distractions. I have to put it aside. It's hard to balance, to live in the real world for a few hours a day then go into Westeros."

Despite the potential distractions of success, the author welcomes the camaraderie of his fan base.

He said: "Writing can be a very lonely profession. You're just sitting there in front of the computer with a blank page. That's you.

"It's always great to meet people. It does get a little overwhelming at times, I'll admit."

He has enjoying seeing his creation come to life in the HBO series and relished the success of Game Of Thrones for the unforeseen economic benefits it's brought.

He said of his wife Parris: "We were walking through one of the places where they were making costumes.

"There was a woman there who was making chain mail. She looked up at us as we passed and said 'Thank you for the job'. 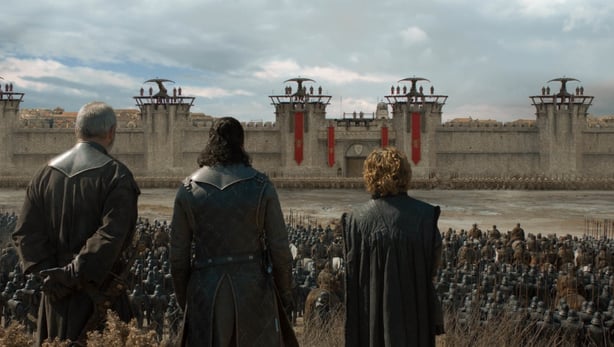 "That made us feel very good. A woman that we didn't know, that we'd never met, had gainful employment because I wrote 'They were all wearing chain mail suits'."Martin will meet fans in Northern Ireland at Castle Ward, used as the set for Winterfell."

It is among a number of places he believes his books have brought real-world benefits, as Game Of Thrones tourism continues to increase.

Fans will enjoy a Q&A with the author, and a medieval feast at the County Down site, hosted by the National Trust.

Martin said: "I look forward to returning to visit beautiful Castle Ward and meeting old friends at Winterfell, home of the Stark family."