Little Mix singer Jade Thirlwall has opened up about her battle with anorexia, which she struggled with for five years, and the positive impact seeking help from doctors and counsellors had on her recovery.

The 26-year-old star suffered with anorexia for five years before appearing on The X Factor in 2011 and joining Little Mix, and she said she felt as though it was her "dark secret" before getting help for the eating disorder.

"Anorexia was my own dark secret and I guess I was sort of satisfied with that," she said on the BBC Sounds Life Hacks podcast I've Been There: Jade Thirlwall & Anorexia.

"It was my own thing that I could do to myself and nobody knew about it. I obviously became very small and my ribs were sticking out. I was very gaunt and I used to wear a lot of baggy clothes to hide that.

"In my head, I felt so down and depressed about everything that was going on in my life, I really just wanted to sort of waste away.

"I got in a really horrible state. The turning point - and the reason why I first told my counsellor - was when I got tired of hating myself so much."

Thirlwall said another turning point came for her when "the doctors told me that I would die if I kept doing it. To hear somebody say that to you is actually quite scary and I started to realise how damaging it was for my family."

"I'd become so selfish with how I felt about myself I forgot that I had family and friends who were also really hurting because of what I was doing," she added.

After undergoing therapy, her outlook on anorexia changed and she said, "It wasn't until I had therapy about it that I realised anorexia was actually the devil on my shoulder. That it wasn't my friend. I really struggled to understand that at first, because I was so isolated and didn't talk to anyone.

"I'd got so used to hearing that voice telling me, 'Don't eat that' or 'Don't look in the mirror', 'You're still ugly, you still have a long way to go'.

"It took a long time to realise that voice wasn't good for me anymore."

If you have been effected by any of the issues in this story, visit www.rte.ie/helplines 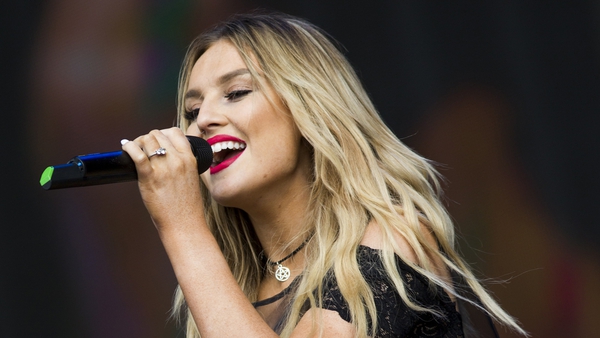 Little Mix's Perrie opens up about battle with anxiety