UK comic actor Steve Coogan will be honoured later this year by Bafta Los Angeles with the Charlie Chaplin Britannia award for excellence in comedy.

The ceremony, which celebrates British talent and Hollywood stars with a connection to the UK film industry, will recognise Coogan for his long career and his mastery of "the art of making people laugh".

The British actor and comedian (53) is best known for his character Alan Partridge, the hapless broadcaster who has entertained audiences since he was created in 1991 by Coogan and Armando Iannucci.

Coogan has also starred in films such as Stan And Ollie (below) and Holmes And Watson, as well as the Bafta-winning Philomena, which he wrote and produced. 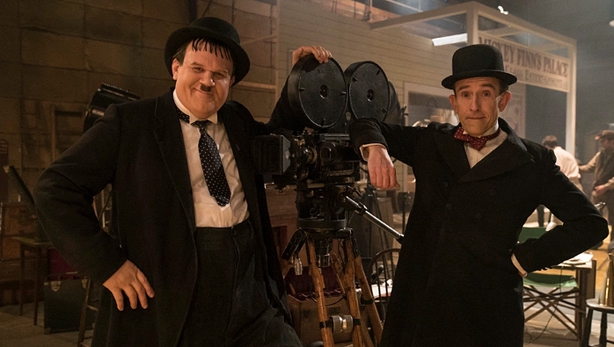 A statement from Bafta Los Angeles CEO Chantal Rickards said: "Throughout his three-decade career, Coogan has mastered the art of making people laugh and continues to entertain audiences with his brilliant portrayal of comedic characters.

"His most popular creation - the politically incorrect media personality, Alan Partridge - garnered him worldwide recognition as one of the greatest TV characters.

"Coogan's countless achievements make him an incredibly deserving recipient of this year's Charlie Chaplin Britannia Award for Excellence in Comedy. We look forward to honouring him in October."

Coogan joins previously announced hounorees Jane Fonda and Jackie Chan, who will receive prizes at the event on October 25.