Actress Rebel Wilson has revealed she has frozen her eggs as a ''back-up plan'' so that she has a better chance of becoming a mother when the time is right.

The Bridesmaids actress told Australian radio show The Kyle and Jackie O Show - after she was asked if she was still single - that she had just visited a fertility clinic where she had her eggs frozen.

Speaking on the Sydney based radio station KIIS 106.5, the 39-year-old actress said: ''I've just come from the fertility clinic actually.''

The presenters on the radio show Jackie then asked: ''What were you doing at the fertility clinic?''

Kyle then added: ''Are you trying to have a baby?''

Rebel said: ''It's a back-up plan. Career women now to have options, you know. Like I think a lot of women, especially in their 30s or if they can in their 40s should think about doing it now. A lot of my friends in Hollywood are doing it.''

Although the How To Be Single star is currently single, she joked that she's waiting to be chosen for Australian dating reality show The Bachelorette to find her "Mr. Right" and she wants to embark on a romance with a ''former rugby player''.

She said: ''I'm waiting to go on the Australian version of The Bachelorette. Yeah, I keep putting it out there but they haven't called me up there and I would take it very seriously.''

When asked what her type is, Rebel admitted: ''Former rugby players, yeah, I like physical strength, I'm not into skinny guys.'' 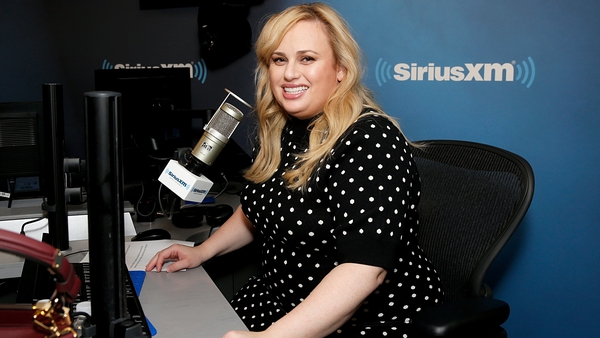