Love Island 2018 contestant Eyal Booker has said he thinks "the Irish charm is definitely winning" in this year's show with Maura Higgins and Greg O'Shea currently making their mark in the villa.

Eyal said he has been a "big fan" of Maura, who is coupled up with Curtis Pritchard, since she entered the villa and praised her for "empowering women."

"I've been a big fan of Maura from the start, I think she's a 21st century woman, I think she's really empowering women all over the country," Eyal told RTÉ Entertainment at the launch of essence Lip Saviours in Dublin.

"She has a voice, she has a presence, she has a purpose and I think it's really amazing to see that she's come in there with such confidence and held her own.

"At first the nation was unsure of this really bold and strong character but slowly and surely she's won everyone over. I really believe she's empowering women up and down the country to stand up for themselves and own themselves and I think that's a really beautiful trait."

Eyal singled Maura and Ovie out as contestants he could see winning the competition solo, if that was an option, due to their popularity, but of course it all comes down to the couples.

"The nation love Ovie, they love Ovie as much as they love Maura and if it was down to individuals winning then I think it would be down to Ovie and Maura," he said.

Speaking about Limerick rugby player Greg, Eyal said he is a "charmer" and that he's glad he has the chance to develop things with Amber Gill now that Michael Griffith has left the show.

"I think the Irish charm is definitely winning in this show this season," Eyal said.

"I think Amber can definitely be swayed (after Michael) and I think Greg is doing a good job of it, I think it was very difficult when Michael was in there because feelings don't just fade, Amber was into Michael, he didn't treat her as well as he should have, that went sour.

"Then Greg comes in and he's a charmer, but when Michael's there he can't be his full self so now that Michael's left he has the opportunity to make something of himself and Amber."

Tommy Fury and Molly-Mae Hague are the favourites to win this year's series, and while Eyal reckons they will take the top prize, he has tipped Maura and Curtis, and Greg and Amber to be in the final three couples with them.

"They (Tommy and Molly-Mae) are the favourites to win because that's what the process is all about, but then again Maura and Curtis have been a couple now for a little while, we've watched their relationship unfold and we're going to continue to do so over the next week so I think they have a good chance at possibly winning," he explained.

"We have a week to see how Greg and Amber unfold as well; I think they're our top three couples – in what order they come, I've no idea. I'd predict it would be Tommy and Molly but you never know." 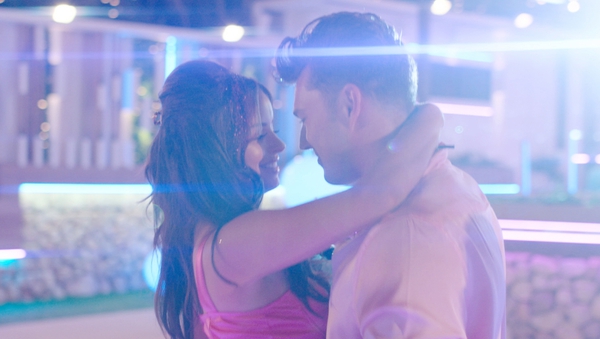 Love Island: A timeline of Maura and Curtis' romance