Grease star Olivia Newton-John told Ray D'Arcy on RTÉ Radio 1 on Tuesday that she is "great" and "doing really well" after battling cancer for a third time.

The 70-year-old told the host she was treated in her own facility, the Olivia Newton-John Cancer Wellness & Research Centre, in Melbourne, Australia in 2018 after her cancer returned. She underwent radiation treatment and also treated the disease with natural therapies such as cannabis oil.

"And each time it comes back, like that's scary. Does it get scarier or do you learn to live with it?" asked D'Arcy.

"Of course it's scary," Newton-John replied. "And when it comes back, and it comes back in different ways, of course, it is frightening. But I have a very positive attitude. I'm living with it. I'm doing great."

Newton-John's collection of memorabilia, including her legendary Grease outfit, is currently on show at Newbridge Silverware's Museum of Style Icons in Co Kildare, ahead of going under the hammer to raise money for cancer support and research. The English-born, Australian-raised star set up the Olivia Newton-John Cancer and Wellness Research Centre in Melbourne after she survived breast cancer in 1992.

"It's [the Grease outfit] going to be auctioned off in November, along with a lot of other things from [1980 film] Xanadu, and from other films I've made and personal things - from [video for 1981 song] Physical the belt I wore and all kinds of stuff."

"It's been really fun," she continued. "It's been a walk through my past, going through all the stuff.

"Things aren't important. But what can come out of these things is that people can enjoy them, and win them, and the money will be going to help my hospital.

"A large part of the auction will be going to support my wellness and research programmes at the hospital. So it has a purpose, they have a purpose and I'll have a beautiful photo of them, which is fine."

"Do you think we will be rid of cancer soonish?" asked D'Arcy.

"That's my dream," Newton-John replied. "Listen, if we can get to the Moon, we've got to be able to figure this out." 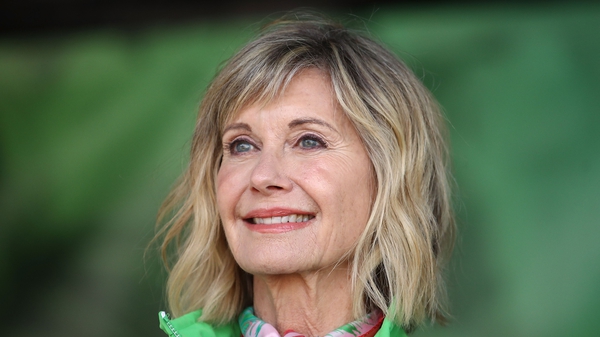