TV presenter Ant McPartlin has had his driving ban reduced by five months after he completed a driving course.

The Britain's Got Talent presenter, 43, was banned from driving for a year and eight months last year.

He was also fined £86,000 after he pleaded guilty to drink driving over twice the legal alcohol limit.

The Sun newspaper released a picture of the I'm A Celebrity Get Me Out Of Here presenter driving in London with Anne-Marie Corbett.

Tomorrow's front page: 'Ant McPartlin is seen back behind the wheel for the first time after his drink-drive ban'  https://t.co/ny5YOfknkr pic.twitter.com/NKkqC7J3xA

Last year in March a court in Wimbledon was told that he had been seeking help for "alcohol and emotional issues" at the time of the crash in Richmond, west London, after breaking up with Lisa Armstrong, his wife of 11 years.

When he was arrested he told police he was "ashamed and mortified".

Wimbledon District Judge Barbara Barnes told him his behaviour had left fans disappointed and stripped him of his former "exemplary" character.

The presenter and his wife were divorced in October. 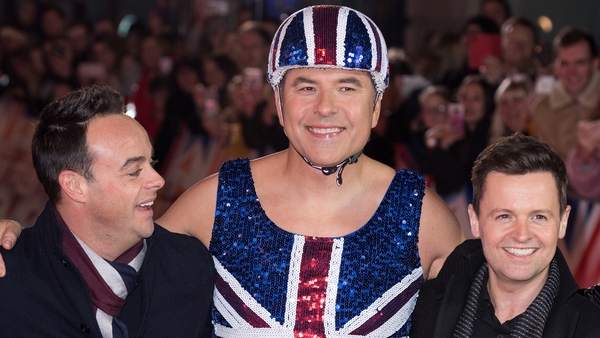 Ant reduced to tears as he makes Britain's Got Talent return