As the fifth and final season of this hugely popular period drama starring Aidan Turner begins, the Poldarks look forward to life together in peace, but a plea from Ross’s old Army Colonel, Ned Despard (Vincent Regan), leads him to the capital.

As Demelza (Eleanor Tomlinson) manages their affairs in Cornwall she encounters disenchantment and a new opponent, Tess (Sofia Oxenham).

George (Jack Farthing) meanwhile struggles to engage with the world after Elizabeth’s death and it falls to Cary (Pip Torrens) to expand the family empire - as Valentine (Woody Norman) struggles to find his place within it.

Arriving in London, Ross (Aidan Turner) finds a city gripped with paranoia, and is determined to save Ned from the conspiracy that imprisoned him.

If you missed this on UK satellite channel Fox, here's the terrestrial debut of the second season of Donald Glover's superb and quite unique dramedy.

And even if you have seen it already, you'll probably take another look. It's certainly worth it. This opening episode is an absolute hoot.

Al sends Earn over to their Uncle Willy's to smooth things over when Willy locks his girlfriend in the bedroom. Darius notices a weird atmosphere, which has probably got something to do with the alligator that's taken up residence in the bathroom.

A look at the making of the 1957 album, the debut from The Crickets, and the only one featuring Buddy Holly to be released during his tragically brief career, which ended with his death in a plane crash on February 3, 1959.

The album highlights Holly’s skill as a singer, a pioneering guitarist and a truly gifted songwriter in an age when few of his peers composed their own material.

Here's Not Fade Away:

Reggie Yates (below) hosts this documentary exploring how a wave of hit shows written by and starring African-American talent is shaking up the TV industry in Tinseltown.

Yates travels to LA to meet some of the stars, writers and directors of shows such as Atlanta, Dear White People and Insecure, including Mahershala Ali, Caleb McLaughlin, Lena Waithe and Justin Simien, and tackles some of the Trump-era America questions that their work addresses. 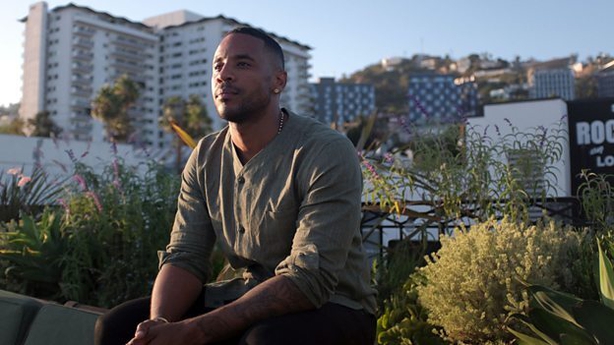 Roger Miret and Vinnie Stigma are the lynchpins of the New York Hardcore scene, with their band Agnostic Front playing a key role in defining, shaping and establishing the sound and cultural code of conduct for the movement.

Unlike the dozens of bands that have come and gone, leaving their musical footprint along the way, Agnostic Front are still going strong, 11 studio albums into their 30-plus year career.

Here's For My Family:

The event, which takes place every two years, got under way on Thursday with Yoko Ono’s Bells for Peace, a mass-participatory artwork that invited thousands of people to ring and sing out for peace.

Film fans will be fascinated by the participation of David Lynch (below). His contribution includes the largest exhibition of his visual art ever assembled in the UK, as well as film screenings and gigs inspired by his work. 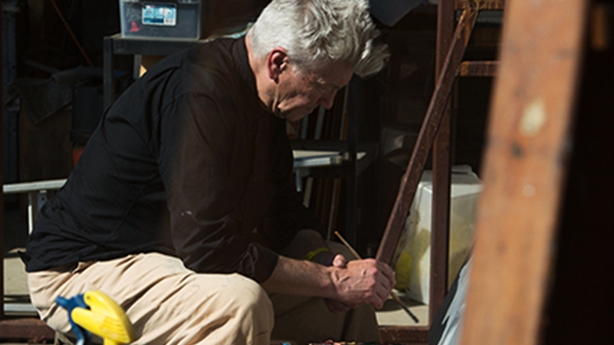 Returning to the quaint hamlet after a spell away, Agatha gets embroiled in another mystery when her arrogant but brilliant hair stylist, dubbed 'The Wizard of Evesham', becomes the centre of a maelstrom involving blackmail, conspiracy and murder.

It was a place where artists such as James Joyce (below), Maurice Chevalier, Mistinguett, Picasso, Coco Chanel, Francis Scott Fitzgerald and Man Ray all produced their most famous works.

Marked by parties, avant-garde effervescence and a desire to invent a new world, this documentary immerses itself in the Paris of the 1920s - a period celebrated as having a magical freedom in the period between the two world wars. 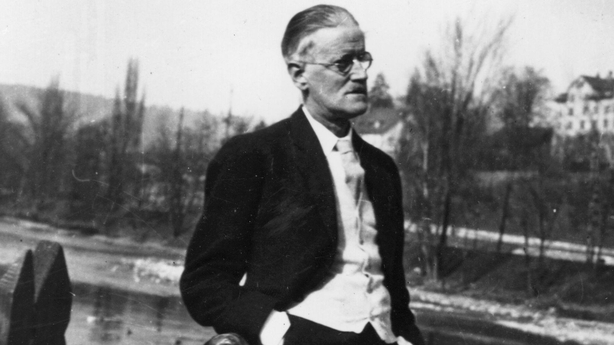 You Me Her: Season 4, from Friday, Netflix

The American-Canadian dramedy returns. After tying the knot in a commitment ceremony, Emma, Jack and Izzy negotiate suburban life on the road toward parenthood.

An engaged twosome take their love on a tour of the planet and test their commitment as they explore eight cultures' marriage traditions in the span of one year.

Snatched off the street and held for ransom, a bound and gagged woman uses her limited powers to derail her two masked abductors' carefully laid plans.

To save his pregnant wife, an emergency room nurse teams up with an injured murder suspect in a race against time, rival criminals and renegade cops.

Diane Keaton, Pam Grier and Jacki Weaver star in this comedy about life in a retirement community. The residents are anything but retiring as a group of young-at-heart senior ladies decide to pull out the pom-poms and form a cheerleading squad.

After, from Friday, Netflix

When Tessa Young heads for college, she largely has her life planned out. But a late-night encounter with a brooding, tattooed British student sparks a sexual awakening and a journey of self-discovery.

Bradley Cooper makes an assured directorial debut in this Oscar-winning remake about two artistic souls coming together both on-stage and off.

Jackson immediately recognises her raw talent and reinvigorates her dreams to make it as a singer, but finds their relationship strained by his downward spiral into alcoholism and co-dependency.

Three cops - an ambitious rookie, a hard-boiled veteran and a smooth character more interested in celebrity than justice - investigate a corpse-strewn bloodbath in a diner. But the ensuing search for the perpetrators reveals a trail of crime and corruption in the police force.

The story follows sixteen-year-old Thomas, played by O'Brien, who wakes up in a rusty elevator with no memory of who he is, only to learn he's in an intricate maze, along with a large number of other boys trying to find their way out of the ever-changing labyrinth.

To celebrate the 50th anniversary of mankind's mission to the moon, here's a unique programme that blends amazing NASA archive with contemporary global television footage to take viewers back in time.

Moon Launch Live relives the drama of the launch day of Apollo 11 with contemporary references, flashes of the Vietnam War, adverts from the era and interviews from around the world.

The programme fully immerses viewers in the world of the summer of 1969, to re-tell the story of the extraordinary bravery, anticipation and achievement of this iconic moment.

Countdown begins and the programme follows the astronauts' final preparations as Neil Armstrong, Buzz Aldrin and Mike Collins prepare for take-off into space. And history.

A bit of a rarity this, in the overcrowded Marvel cinematic and televisual worlds as it's about a superhero who's a traumatised alcoholic and cynical private eye.

Sadly Marvel’s partnership with Netflix has come to an end with the third and final season, but all three runs of the show are still available.