Love Island fans have been told that Irish contestant Maura Higgins will "definitely have her say" after romance interest Curtis Pritchard became part of a new couple on the ITV show.

Thursday's show saw newcomer Francesca Allen coupling up with Curtis, with eliminated contestant Marvin Brooks saying that Maura choosing to couple up with Chris Taylor would not be the end of the matter.

"I feel Francesca is more Curtis' type and I think their romance will blossom," predicted Marvin.

"But it won't happen easily because Maura will definitely have her say in the matter."

Maura had earlier delivered an ultimatum about Curtis and Francesca, saying: "If I choose him to couple up with and he still gets to know her I swear to God I will pack my bags."

Marvin had been romantically linked with Maura at one stage, and after his departure admitted he had "no idea why it fizzled out".

"We just went our separate ways and I think that may have been because of the problems Amy and Curtis were having, who she [Maura] had her eye on," he continued.

"She gave me the opportunity to come into the villa and in this recoupling, she gave someone else an opportunity by coupling up with them."

The current state of affairs: 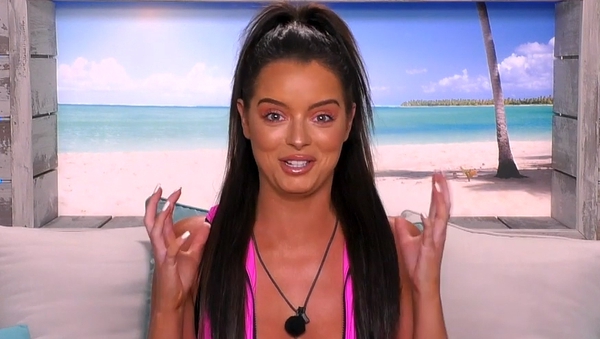 Irish slang that should be used in the Love Island gaff