Ariana Grande has said she struggled with her headline performance at Coachella because it brought back so many memories of her late ex-boyfriend Mac Miller.

The 26-year-old singer, who headlined the festival in April, admits she found the experience difficult because it reminded her of the rapper who was found dead in his home in September 2018.

Speaking to Vogue magazine, she said: ''I never thought I'd even go to Coachella.

''I was always a person who never went to festivals and never went out and had fun like that. But the first time I went was to see Malcolm perform, and it was such an incredible experience.

"I went the second year as well, and I associate...heavily...it was just kind of a mindf**k, processing how much has happened in such a brief period.'' 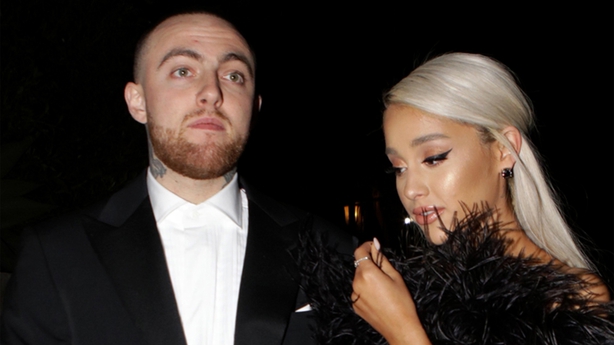 Grande said she tries to be as ''open'' as possible with her fans when she's finding things tough but keeps some things hidden.

''I've been open in my art and open in my DMs and my conversations with my fans directly, and I want to be there for them, so I share things that I think they'll find comfort in knowing that I go through as well.

''But also there are a lot of things that I swallow on a daily basis that I don't want to share with them, because they're mine.

"But they know that. They can literally see it in my eyes. They know when I'm disconnected, when I'm happy, when I'm tired. It's this weird thing we have. We're like f**king E.T. and Elliott.''

Grande still struggles to find the words to talk about Miller's death and the shocking terrorist attack that hit her Manchester concert in May 2017.

''I'm a person who's been through a lot and doesn't know what to say about any of it to myself, let alone the world.

"I see myself onstage as this perfectly polished, great-at-my-job entertainer, and then in situations like this I'm just this little basket-case puddle of figuring it out.''

The 7 Rings singer revealed she is also wary of celebrating the ''beautiful'' things in her life because she can't trust that they'll stay that way.

She said: ''I have to be the luckiest girl in the world, and the unluckiest, for sure. I'm walking this fine line between healing myself and not letting the things that I've gone through be picked at before I'm ready, and also celebrating the beautiful things that have happened in my life and not feeling scared that they'll be taken away from me because trauma tells me that they will be, you know what I mean?''