Love Island is set to shock contestants with news of a double dumping - with a twist.

In scenes set to air on Monday night, Anna Vakili's birthday party is interrupted by the news that fans have been voting for their favourite couple on the ITV reality show.

The three couples in danger are then revealed.

With the couple with the fewest public votes packing their bags, the other two think they are now safe - until Tommy Fury receives a text message.

"The couple which stays and couple that is dumped will be decided by your fellow Islanders."

Monday's episode will also see Irish contestant Maura Higgins share her feelings for fellow Islander Curtis Pritchard with his ex on the show.

She tells his ex, Amy Hart: "From day one, I said that he [Curtis] would have been one of the guys I would have gone for. I do fancy him. I'm an honest person, I can't hold back, so I did tell him that I liked him."

"But not honest enough to come and tell me first that you were going to do it?" asks Amy.

"A lot of stuff makes sense to me now," she adds. "You were one of the most vocal that he didn't deserve a second chance."

The show continues on Virgin Media Two and ITV2 at 9:00pm. 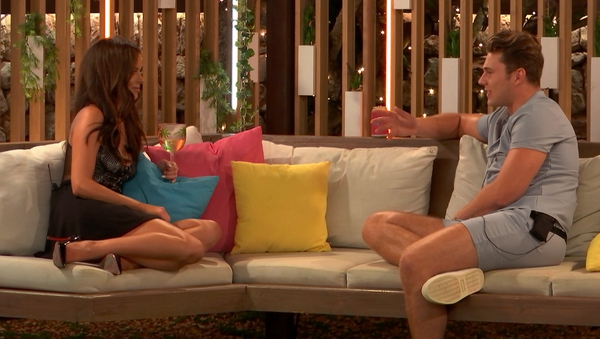