Stormzy has spoken about his Irish fans after performing at Dublin's Longitude Festival at the weekend, saying: "I love you guys differently - you lot hold a very special place in my heart."

Coming off the back of his triumphant Glastonbury headlining slot, the grime artist took to the stage at the Marlay Park festival on Saturday night, where he was a late replacement for US star Chance the Rapper.

He posted about his excitement about the gig on his Instagram stories, writing: "My first ever headlining a destival was Longitude Festival in Dublin back in 2017. 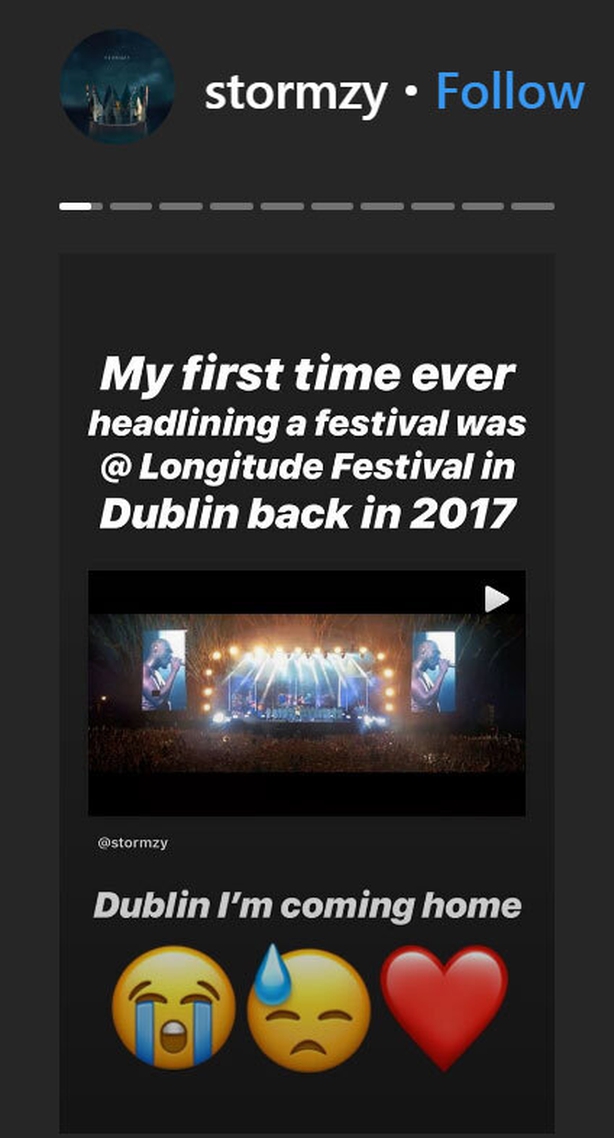 After the set he added to his Instagram story, writing: "Dublin - I know I said it on stage but I love you guys differently.

"Always show me the maddest love and give me the warmest of welcomes - nothing but love.

"Dublin holds a special place in my heart." 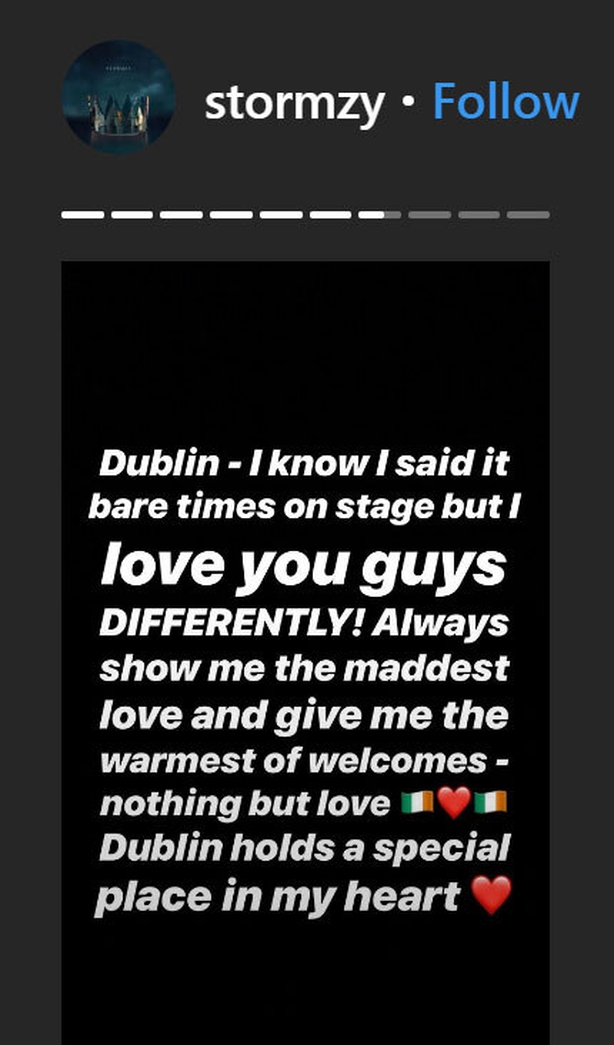 The 25-year-old London-born star also tweeted to his Irish fans, mentioning the mural made in his honour in Smithfield by Irish art collective Subset.

He wrote: "My first time headlining a festival was @ Longitude 2017, you guys built me a f****** mural (massive love & respect to @subset), my album went #1 here the only other country besides England where it went #1, Crown just went into the top 10 here.

"You lot show me a different kind of love and energy every time I perform and to top it all off Vossi Bop just went double platinum here."

The grime star said he was planning on doing something "special" for his Irish fans.

He added: "Gonna do something special for you guys soon but this is just me saying I appreciate all the love and support."