The release of unseen material and a world record attempt are among the events Monty Python have planned to mark their 50th anniversary in what they dubbed "an increasingly Pythonesque world".

"Extreme silliness seems more relevant now than it ever was." 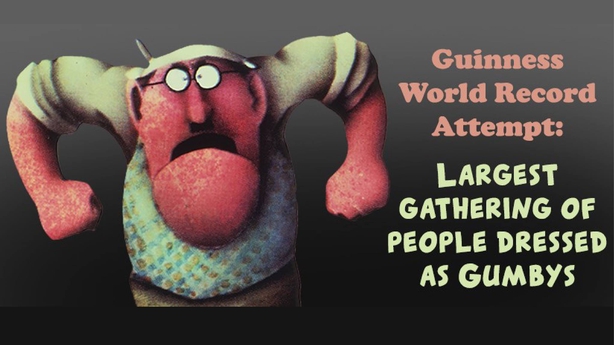 The "first official Monty Python Guinness World Record attempt" will take place on the anniversary date itself, with the "Largest Gathering of People Dressed as Gumbys" - a recurring character in Python sketches.

It is not known whether any members of the much-loved troupe will take part.

BBC Two will show "defining career pieces from the archives".

The surreal series Monty Python's Flying Circus changed British TV comedy when it first aired on BBC One on October 5 1969.

It ran for four series and spawned four original films including The Holy Grail and Life Of Brian, live shows, and albums.

Anniversary events will begin on September 1 with a month-long season at BFI Southbank in London.

It's... Monty Python At 50 will feature the feature films, the entire Flying Circus series, "oddities" from the BFI National Archive, post-Python TV and films such A Fish Called Wanda, and an exhibition of Python material, including from The Monty Python Archive.

In 2014, the remaining members of the troupe - Graham Chapman died of cancer in 1989 - took part in a live stage show. In 2016, it was announced that Jones had been diagnosed with dementia.