Paul Sinha, who stars in the ITV game show The Chase as the quizzer known as 'The Sinnerman', has revealed that he has been diagnosed with Parkinson's disease at the age of 49.

Sinha shared his diagnosis on Twitter and said he intends to "fight this with every breath I have". He plans to remain on The Chase and quizzing, and will also continue his work as a writer and comedian.

I have Parkinson's disease. I will fight this with every breath I have. https://t.co/csp72zZmGQ

The former doctor said he was diagnosed with the degenerative disorder of the central nervous system in May after two years of health issues, including a frozen shoulder and Type 2 diabetes.

"Nonetheless my reaction was not one of shock," he wrote.

"I spent May this year in New Zealand simultaneously having the comedy month of my life, and worrying about why a right-sided limp was now getting worse.

"Behind the facade of the cheerful, late-night comedy festival drunk was a man deeply scared about facing the truth when back in the UK."

Sinha said he had a "really, really tough two weeks" when he returned home.

"Cancelling my run at the Edinburgh Fringe, missing the World Quizzing Championships to have brain scans, performing club sets whilst emotionally bewildered, and of course working my way through my loved ones, delivering the bad news," he recounted.

"With the diagnosis now confirmed, and a treatment plan in place, I now feel far more prepared for the new challenges ahead.

"In the time since my Parkinson's started I have been ludicrously busy, and fully intend to keep Chasing, keep writing and performing comedy, keep quizzing and keep being hopeless at Tasks."

"Dancing On Ice is, I suspect, out of the question," he added. 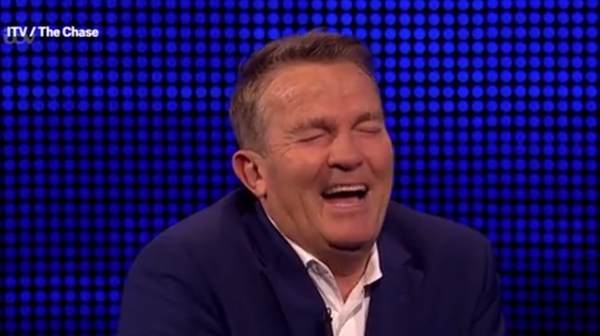 Bradley Walsh loses it over below the belt Chase question