Lily Allen has admitted that she "tried to avoid being a woman" after she overheard "derogatory" comments made by her dad, Keith Allen, when she was growing up.

Lily Allen has revealed that she had to "learn to like women" after her daughters, 6-year-old Marnie and 7-year-old Ethel, were born.

Speaking to Killing Eve actress Jodie Comer, for the latest issue of Stylist magazine, the Smile hitmaker said: "When I was growing up I had a very fragmented relationship with my dad.

"The way he spoke about women with his friends was quite derogatory so I tried to avoid being a woman.

"I didn't really bond with women and I felt jealous of women. Then, when I had my two girls I was like, 'OK, I guess you're going to have to start liking women now, Lily.'

"But it's been a complete blessing."

Allen also revealed that when she was starting out she felt women "didn’t support each other" because there wasn’t enough room for everyone. But she feels "completely the opposite now".

Allen explained: "10-15 years ago watching Fleabag would have irritated me because it would have meant there was this really talented woman out there writing stuff and that would have been a threat, you know?

"It’s lovely that the world is changing and we can all support each other a bit more. I’m just grateful I’m not the person that I was when I was a grumpy b****." 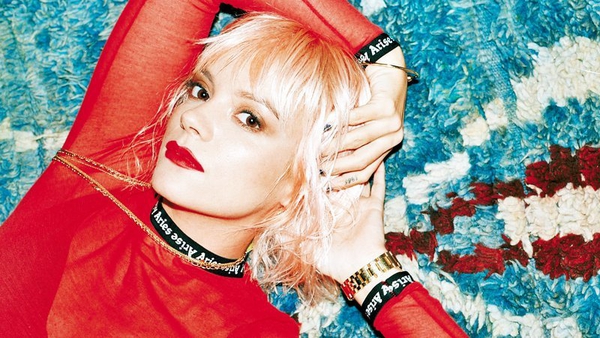