Jamie Cullum has said he was heartbroken when he re-read texts which the late singer Amy Winehouse had sent him during their early days on tour together.

The Press Association reports the singer and pianist told Nihal Arthanayake's show on BBC Radio 5 Live that the song The Age of Anxiety from his new album Taller was inspired by Winehouse, who passed away in 2011 at the age of 27 after a battle with drugs and alcohol.

"I don't think I was really mature enough to understand what was happening to her at that point, the true levels of her addiction," Cullum said of touring with Winehouse and becoming her friend in the early 2000s.

"She was the kind of person, it reminded me of myself, where if the night wasn't good, who would be like, 'Let's go back to someone's house and listen to records'.

Discussing writing The Age of Anxiety, Cullum said: "I thought I'd just look inwardly and think about the things that make me feel anxious and just generally confused.

"One of the things that happened in the last couple of years while I was writing, I was clearing out my studio and I found an old BlackBerry. I plugged it in and I found all my old text messages between me and Amy...

"We toured together and we were friends in the early 2000s, for a good four or five years prior to [Winehouse's classic 2006 album] Back to Black. We spent less time together after that.

"Just reading those text messages and seeing... Just watching that kind of friendship, how it was at one time and watching it kind of unfold just broke my heart, really. I don't really know what else to say about it, really. It was just so unbelievably sad.

"I think as you get older it's one of those things when you look through your address book and you actually realise there are people that have just kind of moved on to the next realm.

"I never quite know what to do with people's numbers when they're gone. It doesn't feel right to delete them from your phone book."

Cullum added that he had copied some of the messages - "the really sweet exchanges we had" - into his journal. 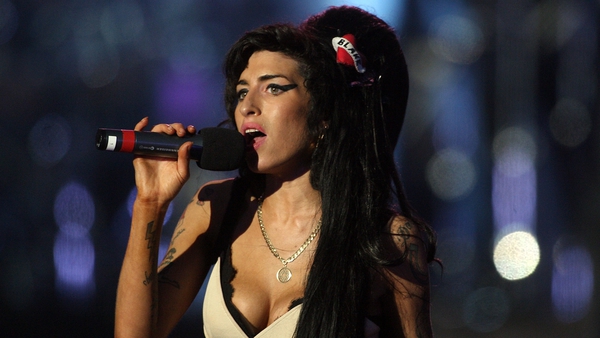 Amy Winehouse hologram tour on hold due to 'challenges and sensitivities'