Love Island's Irish contestant Yewande Biala went on her first date on Monday's show - but she may have competition on her hands if she wants to take things further with newcomer Danny Williams.

Model Danny chose scientist Yewande to be his first date on the ITV reality series, and on Monday's episode told her he hopes he can "be a good addition" to everyone getting along in the villa.

When talk turned to relationships, Danny told Yewande: "I've been single for about ten months now. It's been long enough; I'm now looking for something again. What about you?"

"How come it has been so long?" he asked.

"I think it was my choice for a while. I came out of a relationship and then after that I wasn't interested. Obviously, I was focusing on university," Yewande explained.

She told him she was looking for someone "who is genuine, honest and you can have a normal conversation with. Good vibes."

"I like to think I tick a lot of those boxes," he offered.

Both Yewande and Danny wrapped up their date by saying they want to get to know each other better, and later she revealed that he is "the only person in here that I do fancy" and is "really enjoying getting to know him".

However, Danny also went on a date with Amber Gill, with Molly-Mae Hague later telling her that she thinks he is "gorgeous".

Danny's arrival caused Michael Griffiths to do some thinking. He said Danny has "basically taken the girl that I am coupled up with [Yewande] and the girl that I'm interested in [Amber]".

Tommy Fury was also "a bit confused" by Molly-Mae's interest in Danny.

Fans will have to wait until Tuesday night to see more of Danny's impact on the other residents of the villa.

Elsewhere in Monday's episode, Amy Hart and Curtis Pritchard grew closer and shared a kiss, with plenty of laughs about Curtis wearing her lipstick after the clinch. 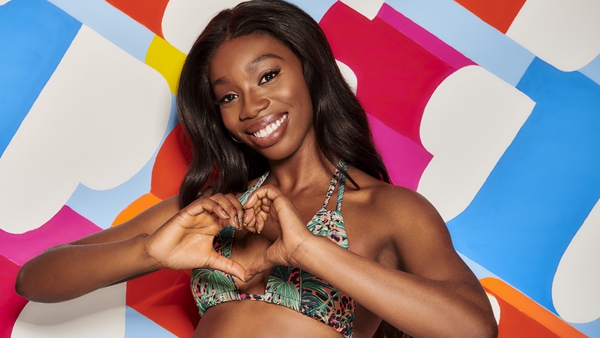