Tom Hanks has compared the last few lines of dialogue he recorded for Toy Story 4 as "waving to everybody" left behind.

The 62-year-old actor, who has been playing Woody in the franchise since 1995, said: "When it came to pass I felt as though I was on the other side of the river waving to everybody I had left back in the old country. It was pretty profound."

Hanks said the final scene was voiced in the same booth in which he recorded the original Toy Story.

Speaking at a press conference in Florida, Hanks said he asked director Josh Cooley if he could break with standard practice and turn his back on him to face the wall while recording the scenes, explaining: "I didn't want to have any self-consciousness for what I knew was going to be the... last few hours I was spending with that movie."

He added: "There's so much muscle memory that goes into it. You drive into the lot, through the same gate, you park in the same spot they had for you, then you go through the same doors, get in your car and you drive back through.

"And you think 'I have recorded the last moment of the current Toy Story'."

Hanks, fearing he had revealed too much about the film's ending, then pulled papers from his pocket, explaining they were "talking points" given to the actors by Disney with advice on how to answer questions about the finale. 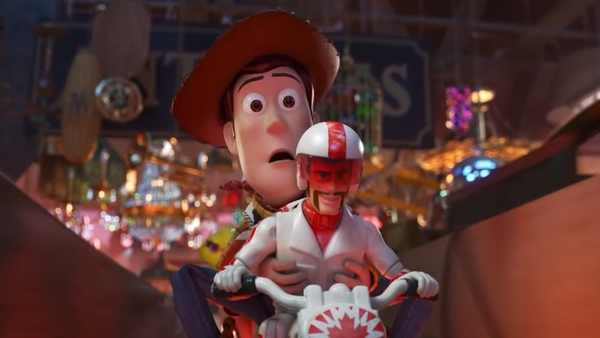