As part of the British queen's birthday honours a number of players in the television, music and film industry have been awarded CBEs and OBEs.

Among them were The Favourite Oscar winner Olivia Colman, 45, who played Queen Anne in the film and was awarded a CBE.

She said: "I'm totally thrilled, delighted and humbled to be in the company of these incredible people, most of whom have been nowhere near as visible as I have, but should be - and hopefully now will be. It's such an honour."

Born in London in 1985, Jumbo has appeared in British TV series including Harley Street, Torchwood, Lip Service, Getting On and Vera before her break-out role in The Good Fight. She has also enjoyed a successful stage career.

Huge congratulations to our Chief Executive, Richard Williams, who has been named on the Queen's birthday honours list and has been made an OBE.

Speaking after receiving the award, he said: "It leaves a legacy of film studio infrastructure at Titanic Studios and Belfast Harbour Studios, an experienced crew hailed by HBO as the best crew in the world.

Adventurer, TV star and former UK Special Forces Reserve Trooper Bear Grylls, 44, whose real name is Edward (he was nicknamed Bear by his sister when he was one week old) said: "This really is a huge honour and it's something, if I'm honest, that I never expected to happen. But I really do feel it's a team effort, this award is for every one of those incredible Scout volunteers."

Birthday Honours. "We now have over half a million Scouts & volunteers in this country - a force for good who give up so much time & energy to help young people. This award is truly for our volunteer heroes. I admire you all so much." ⁦@UKScouting⁩  https://t.co/jI9bWdq76C

Grylls' most recent television projects include Bear's Mission With... for ITV and the interactive series You vs. Wild, for Netflix.

Elswhere, Elvis Costello, (real name Declan Patrick MacManus) won a CBE for his contribution to the music industry. The musician who associates himself with his Irish heritage on his father side reacted on his website.

After receiving the award he wrote on his website: "I have to admit that my first reaction, upon receiving an "O.H.M.S." letter was, "Oh no, they’ve finally tumbled me".

"For those of you who enjoy irony, I was standing in my dressing room, at the Queen Elizabeth Theatre at the time.

"That’s Vancouver, British Columbia, you know. The pink has stained the map all over the world. Reading the letter, I thought for a while, then folded the document and slept on the news until the morning when I could place a call to England and speak to my mother, Lillian MacManus.

He concluded: "To be honest, I’m pretty tickled to receive this acknowledgement for my ‘Services To Music’, as it confirms my long held suspicion nobody really listens to the words in songs or the outcome might have been somewhat different." 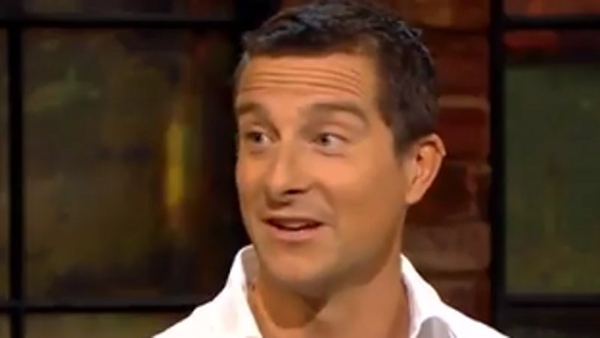