Beyoncé's publicist has asked her fans not to "spew hate" after a video of a woman speaking to her husband Jay-Z as the couple sat courtside during a basketball game went viral.

The woman, Nicole Curran, the wife of Golden State Warriors owner Joe Jacob, has faced an intense backlash and abusive messages online after a short clip was shared which shows Beyoncé's expression changing as Curran leans over to talk to Jay-Z.

Jay-Z and Beyoncé are courtside for Game 3 😎 pic.twitter.com/6mmJuN8Odn

Yvette Noel-Shure, Beyoncé's publicist, has now taken to Instagram to address the singer's fans, known as the BeyHive.

She wrote alongside a picture of Beyoncé and Jay-Z on-stage: "I am looking back today at the start of The OTRII tour, one year ago. It was a place of joy, unimaginable entertainment from two of the best performers in the world, and a place of love.

"Every single day on that tour I saw love. Which is why I also want to speak here to the beautiful BeyHive. I know your love runs deep but that love has to be given to every human.

"It will bring you no joy to the person you love so much if you spew hate in her name. We love you."

Nicole Curran shared her side of the story with ESPN reporter Ramona Shelburne, saying she had been getting death threats on social media since the clip went viral and had to disable her Instagram account.

Just spoke to Nicole Curran, the wife of Warriors owner Joe Lacob, about the "incident " with Beyoncé last night. She was in tears. Said she had been getting death threats on social media all night  this morning she disabled her IG account just to make it stop.

The journalist tweeted that Curran told her that she had invited Jay-Z and Beyoncé to many games, so on Wednesday night she offered them drinks as they were her guests.

As it was loud in the stadium Curran couldn't hear what the rapper said, so she leaned over, which is where the photos of Beyoncé "looking askance at her" came from.

Curran says Jay Z asked for a vodka soda. She asked if he wanted lime with that. But it was loud in Oracle and she couldn’t hear, so she leaned over. That’s where the photos of Beyoncé looking askance at her come from.

Curran added that there was "no hostility" and she was simply "trying to be a good hostess".

Curran says she then went to go get them those drinks. "There was no hostility. I was trying to be a good hostess," she said. "I’ve never experienced cyber bullying like this. I can’t believe our players go through this. That kids go through this." 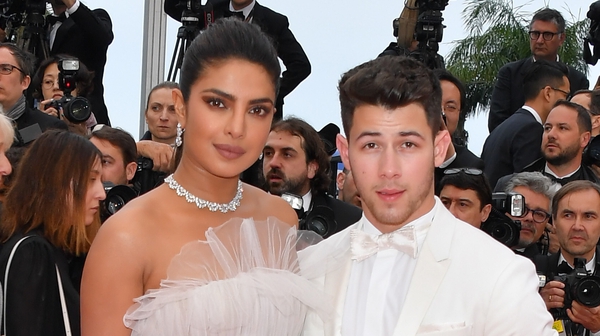